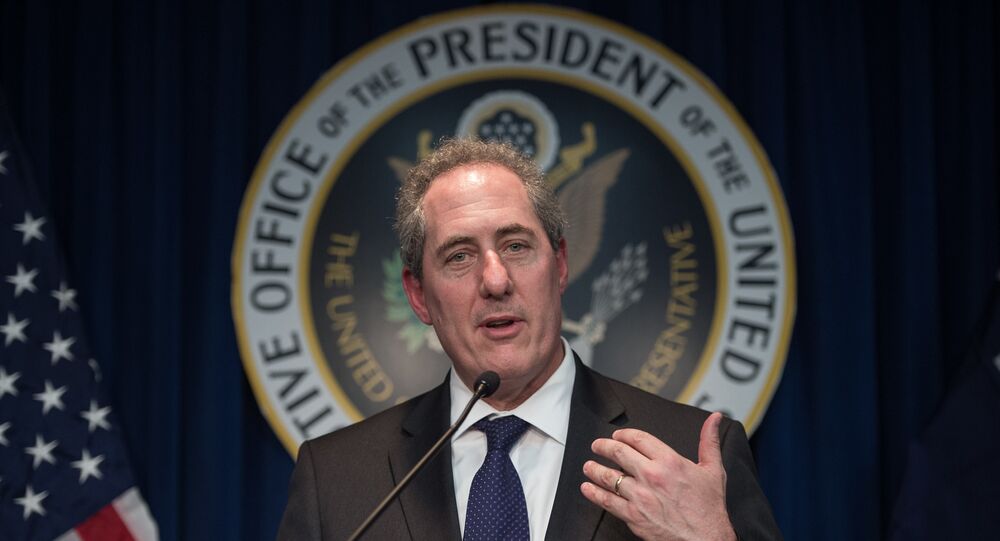 US Achieves ‘Breakthrough’ With Honduras on Intellectual Property

The US has achieved a "breakthrough" agreement with Honduras, that suggests enhancing intellectual property rights protections of American businesses in the Central American state.

© Flickr / Imagens Evangélicas
Former Honduras President’s Son Transferred to US Over Cocaine Charges
WASHINGTON (Sputnik) — Honduras has agreed to strengthen intellectual property rights protections (IPR) by assigning additional prosecutors to such cases and enforcing laws against television signal piracy, the Office of the US Trade Representative said in a press release.

"Today’s agreement is an important success for the fair treatment of American businesses and workers, including in the dairy, creative industries, telecommunications textiles and apparel and industries," US Trade Representative Michael Froman said in the release on Wednesday.

© REUTERS / Arnd Wiegmann
Honduras Ex-President to Stand Trial Over FIFA Corruption Charges in US
The release characterized the agreement as a "breakthrough," which was achieved following a US review to determine whether Honduras should be placed on a US intellectual property watch list, the release explained.

In addition, the release noted that Honduras has agreed to define parmesan, provolone and bologna as generic, allowing an increase in imports of meat and dairy products from the United States.

Honduras Declares State of Emergency Over Spread of Zika Virus