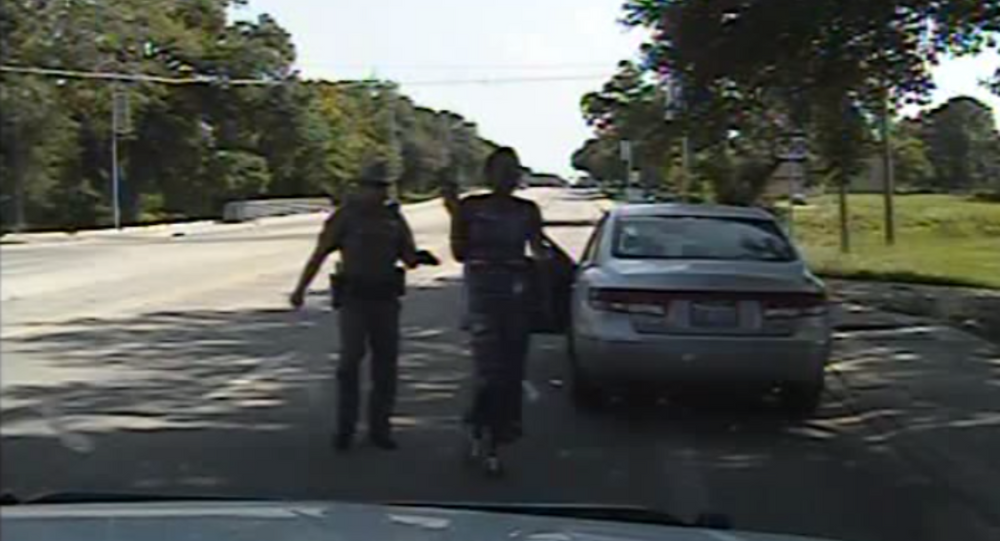 A Texas State Trooper caught on camera using unnecessary force to arrest Sandra Bland -- who was found dead in her jail cell three days later -- has been fired, several months after the department promised to do so.

Brian Encinia, a former Texas policeman, was indicted in December 2015 on a misdemeanor perjury charge after lying about his encounter with Bland, 28, at a July 2015, traffic stop.

The same grand jury opted to not make any additional indictments over Bland's death.

Though Encinia signed his termination letter on Wednesday, he can still appeal his firing. His lawyer claimed that the indictment was unjust, and that the officer was looking out for his own safety when he pulled out a stun gun and threatened to “light her up,” if she did not exit a vehicle after refusing to put out her cigarette. The former trooper has been on paid administrative duty since the incident.

Though Bland’s death was ruled a suicide, her family, as well as activists, have questioned the official story. She had a history of outspokenness on social media regarding police brutality and had just moved to the area for a new job.

Bland was held in a Waller County jail for three days following her arrest, unable to come up with a $500 bail. On the third day, she was found hanging in her cell with a plastic garbage bag around her neck.

The perjury charge against the former officer carries a maximum sentence of one year in jail and a $4,000 fine. The grand jury has stated that they will not issue any more indictments and have concluded their investigation into the case.

Trooper Who Arrested Sandra Bland Indicted for Perjury and Fired