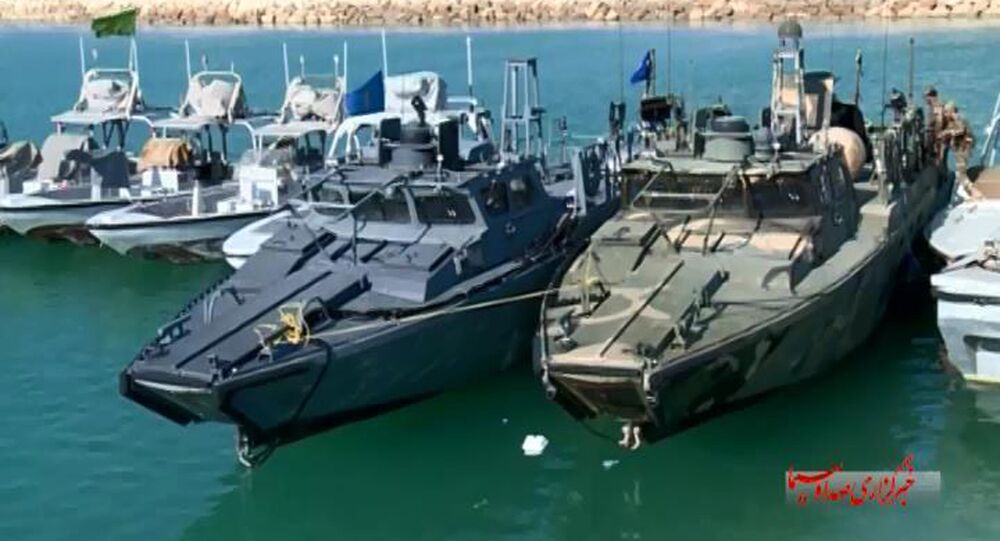 When ten US sailors drifted into Iranian waters in January, sparking an international incident, questions were immediately raised about how this could happen, given the accuracy of modern navigation. An internal Navy investigation offers some insights.

In January, with the Iran nuclear deal hanging in the balance, two small US Navy patrol vessels drifted into Iran’s waters off the coast of Farsi Island in the Persian Gulf. The crew was apprehended by the Iranian Revolutionary Guard Corps, and the entire situation put both Washington and Tehran in a delicate diplomatic spot.

© REUTERS / Hamad I Mohammed/Files
Is Washington Hiding the Truth Behind US Navy Incident in Iran?

At the time, the Pentagon blamed the incident on a mechanical malfunction, though this was met with doubt after the boats were proven operational following the release of the sailors.

As part of an ongoing internal investigation, the US Navy has found that an embarrassing combination of mechanical issues, communication failures, and a lack of proper navigational training contributed to the mishap.

Speaking to Foreign Policy magazine on condition of anonymity, officials familiar with the investigation describe how the captured sailors were in a rush, operating under a 24-hour deadline to reach Bahrain by sea from Kuwait.

One of the two boats used for the journey was ill-prepared, and had to be retrofitted with parts gutted from a third vessel. Investigators claim crewmembers were attempting to fix the struggling boat’s engine when they were captured.

The distance of the trip also played a role. At 240 nautical miles, the journey was longer than crewmembers had been trained for. The distance also required a midway refueling, a point the crew was eager to reach before dark.

The crew had not been trained to refuel the vessels at night.

Adding to the complications, the sailors had no direct line of communication with the refueling tanker, and struggled to coordinate a rendezvous.

The boats were outfitted with GPS navigation equipment, but the investigation found that the map software did not allow for a level of resolution to reveal the relatively small Farsi Island.

The vessels is equipped with a relay device that automatically alerts an operation center to the sailors’ whereabouts every 30 minutes. For reasons the investigation has not yet identified, officers in the operation center did not inform the crew that they were entering Iranian waters.

"We’re not looking for a scapegoat here. The intent of the investigation is to not only look at the sailors involved but the chain of command as well," one official said. "Accountability is important, but even more important is what we can learn from this and [to] make sure it doesn’t happen again."

While the release of the crew was successfully negotiated by US Secretary of State John Kerry and his Iranian counterpart, Mohammad Javad Zarif, the situation could have been much worse.

As the officials note, both boats were armed with 50-caliber machine guns and GAU-19 miniguns. Given that the crew managed to fix the faulty engine before they were apprehended, 27-year-old Lt. David Nartker, the lead officer, could have ordered the US boats to flee.

Of course, doing so would have meant firing on the Iranian patrol, and a minor military embarrassment could have quickly escalated into an international incident.