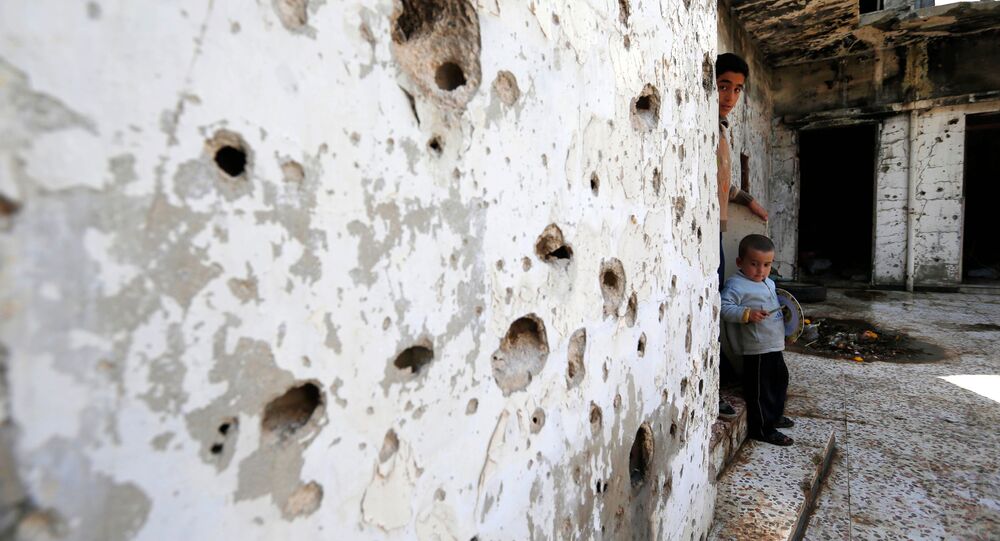 The United States is unable to substantiate reports alleging that chemical weapons were used in Syria amid cessation of hostilities there, US Department of State spokesperson Mark Toner said in a press briefing on Wednesday.

WASHINGTON (Sputnik) —Toner stated the State Department is aware of the reports, but can’t confirm them at the moment.

“The OPCW [Organization for the Prohibition of Chemical Weapons] Fact Finding Mission will investigate all credible allegations of CW [chemical weapons] use in Syria,” he said.

© REUTERS / Omar Sanadiki
Dreadful Premonition: Is ‘US Plan B on Syria a WWIII'?
On Tuesday, Israeli Defense Minister Moshe Yaalon accused the Syrian government of using chemical weapons against civilians during the implementation of the agreeemnt to cessase hostilities among the warring parties.

In 2013, a chemical weapons attack was carried out in the Damascus’ suburb of Ghouta that killed more than 1,300 civilians. The Syrian government and the militant opposition factions traded blame for the attack.

A mission to eliminate Syria's chemical arsenal was soon announced and the Syrian government placed its chemical weapons under international control on the urging of Russia.

© REUTERS / Yuri Gripas
US Sees 'Overall Reduction' in Airstrikes on Civilians, Opposition in Syria - White House
On February 22, Russia and the United States reached an agreement on a ceasefire in Syria which has been in a state of civil war since 2011. The ceasefire took effect on Saturday at midnight Damascus time, but the cessation of hostilities does not apply to groups designated by the United Nations as terrorist, such as the Islamic State, also known as Daesh, and the Nusra Front.

The truce has been backed by the UN Security Council, which adopted a resolution on Friday shortly before the ceasefire came into force. The ceasefire is said to be generally holding.