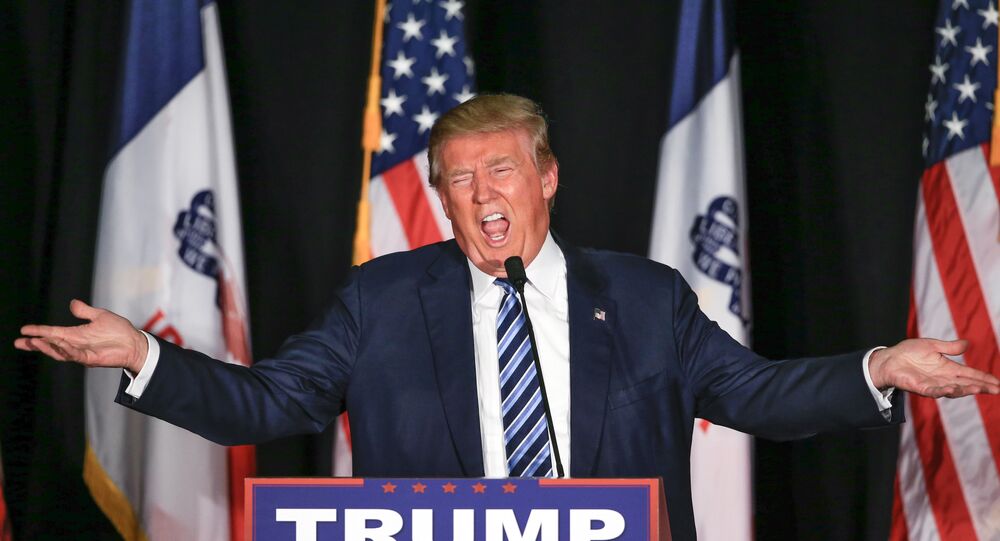 On Monday, Trump fired back against ads from American Future Fund, a pro-Marco Rubio super PAC, which accused him of scamming students who enrolled in the program. The PAC posted testimonies from three students who were part of a class action lawsuit against Trump University, which students paid as much as $35,000 to attend.

“Trump University has a 98 percent approval rating and an ‘A’ rating from the Better Business Bureau,” Trump told the Washington Times. “Lightweight Marco Rubio is grasping at straws and produced terrible ads featuring three people who all provided written statements praising the program. I demand an immediate retraction of these false and libelous ads. It just shows how low a failing campaign will go to help their failing candidate.”

In 2013, New York Attorney General Eric Schneiderman filed a case against the venture. He alleged that the program used bait-and-switch tactics to get students to pay for more expensive courses while masquerading as a licensed university — which it was not.

Trump is now accusing Schneiderman of reigniting the case for political reasons.

“New York Attorney General Eric Schneiderman is a typical politician and just a few weeks before going after Mr. Trump, he was seeking financial support from Mr. Trump’s daughter and others close to the GOP frontrunner,” a statement on the Trump website asserted. “When he did not receive contributions he went after Mr. Trump with this frivolous lawsuit based on less than 2% of Trump University attendees. The law firm suing Mr. Trump made a major contribution to Eric Schneiderman before Schneiderman entered the lawsuit.”

Rubio has been on the attack over the program out on the campaign trail as well, calling Trump a con-artist who is now scamming the country in the same way he scammed the students hoping to learn his ways.

To combat the claims from Rubio, Trump released post-course surveys praising the program that he claims are from two of the students featured in the ad. Trump claims to be in the process of obtaining the survey from the third student.

One of the students, Kevin Scott, reportedly gave the program an “excellent” rating in each area and wrote that he would recommend it to others.

In 2005, New York notified Trump that he was in violation of the state’s education laws. Five years later, in 2010, he changed the name from Trump University to the Trump Entrepreneur Initiative.

In 2014, a judge determined that Trump never complied with the state’s licensing laws.

A Russian Perspective on What Trump's Rise Says About American Politics