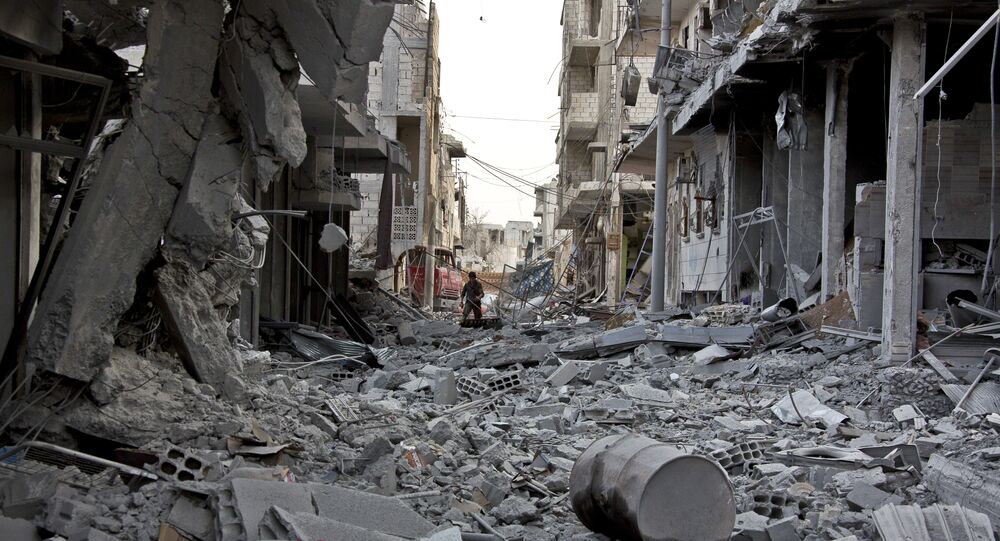 "I would like them [the Obama administration] to make a decision, ideally, that this is not a situation that Mr. Obama should bequeath to his successor," Ghanem said on Monday.

However, Ghanem added "I am not sure the administration is there."

In his final nine months in office, Obama should establish a "real commitment to ending the conflict" in Syria, including providing additional support to the Syrian opposition, and further diplomatic efforts Ghanem says are "lacking."

© AP Photo / Susan Walsh
Syria Ceasefire Could End Civil War - Obama
The Obama administration recently negotiated a cessation of hostilities agreement in Syria with Russia, in an attempt to provide humanitarian assistance to besieged cities, and reinvigorate stalled political talks. The most recent talks scheduled between the government in Damascus and opposition leaders fell apart in early February.

During an event hosted by the Arab Center Washington, DC on Monday, Ghanem argued that for the remainder of his term, Obama will likely focus on "reducing violence" through temporary ceasefires.

Ghanem, who works with both US policymakers and Syrian opposition networks, characterized Obama administration officials he has spoken to as having "low expectations on the political track," namely, a political resolution and transition in Syria.

According to the United Nations, the ongoing five-year civil war in Syria has resulted in the death of more than a quarter million Syrians with more than ten million who are internally displaced or have fled the country as refugees.

US, Russia Use 'Other Channels' to Discuss Ceasefire in Syria - Pentagon

US Requires Russian Comment on 'Ceasefire Violations' in Syria - DOS

US, Russia Agree to Continue Discussions on Flights Over Syria - Pentagon