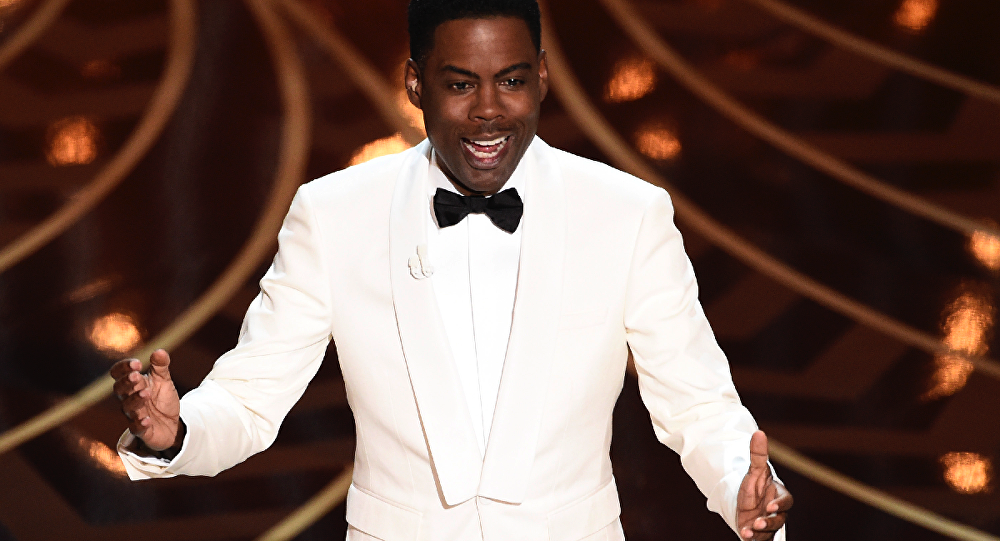 The actor and comedian, Chris Rock, was given a dubious distinction when he was given the job of hosting the annual Oscars event. Instead of boycotting the event, like other back actors, however, he decided to make the host stage its own protest area.

After it became clear there would be no significant black actors or filmmakers winning any of the coveted prizes at the 2016 Academy Awards, many sought to boycott Hollywood's biggest night of the year. A new tag, #OscarsSoWhite got started and the debate raged over just why the Oscars is, well, so white.

Internationally renown comedian Chris Rock accepted the honor of hosting the event creating the uncomfortable scenario in which one of Hollywood's biggest African-American stars led a gala with no black honorees.

Rock, however, didn't leave the elephant in the room alone and engaged in his own protest on the stage, making many jokes lampooning the lack of black nominees.

“I’m here at the Academy Awards, otherwise known as the White People’s Choice Awards," Rock said during his monologue.

​​With Rock's presentation, #OscarsSoWhite saw new life in the Twitterverse.

Rock even mentioned his own internal debate about boycotting the ceremony.

“No black nominees. People are like, ‘Chris you should boycott, Chris you should quit.’ How come it’s only unemployed people that tell you to quit something? … I thought about quitting. I thought about it really hard. But I realized they’re gonna have the Oscars anyway. They’re not gonna cancel the Oscars because I quit. And the last thing I need is to to lose another job to Kevin Hart, okay?”​

When the Minions movie won an award, that left some questions about their demographic.

Minions are not diversity #OscarsSoWhite

​​But to be fair, it seems there were at least some non-white winners after all.

​That didn't necessarily please everyone, however.

#OscarsSoWhite they couldnt even get real celebrities for the Hispanics winners. SMH #Oscars