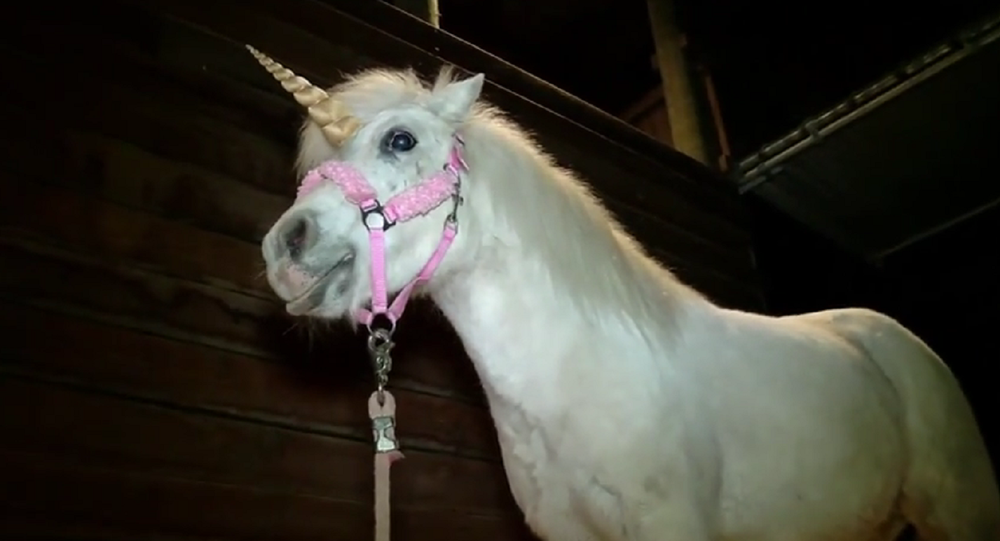 An escaped California "unicorn" led police on a four-hour chase Wednesday before the mythical beast, which turned out to be a pony dressed for a children’s photo shoot, surrendered.

© Flickr / Rich Jacques
SeaWorld Admits it Planted Moles in Animal Rights Group
The California Highway Patrol was given the unusual task Wednesday night when photographer Sandra Boos reported she had lost Juliet, her pony trussed-up as a unicorn, during a shoot in Madera County, California.

The white pony, fed up with fulfilling little girls' dreams, decided to light out and realize some of her own.

"I was shooting, but I assume she got free and was like, ‘Oh, well I'm going to run,' and she took off," Boos said.

Costumed as the mythical unicorn, Juliet "threw up her head" and "pulled the lead rope" out of a bystander's hands and ran, Boos said.

During the night operation police used helicopters with infrared cameras to track the pony as she ran through over five miles in a rural area of Madera Ranchos.

Police failed to catch Juliet until Boos' friend showed up on her horse Shady, and Juliet, realizing she was no match for the larger quadruped, followed them.

"A friend hitched her horse and rode into the orchard in the pitch dark — wearing a reflective vest — and she called out to Juliet and she [the pony] ran right to her," Boos said.

It was the second the time the fairy-tale unicorn had run away from its owner. No animal or faux horn was injured in any way while conducting the escape attempt or in the subsequent rescue.