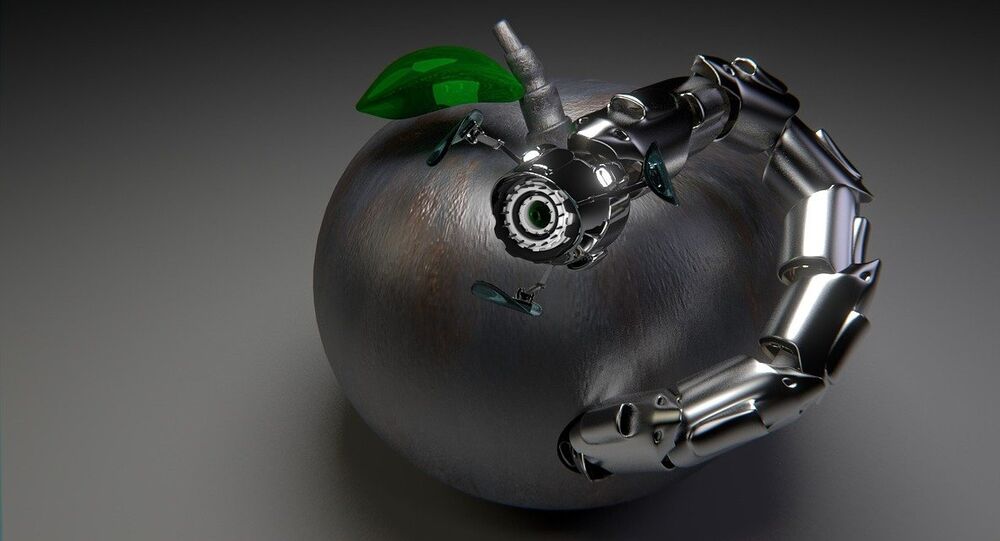 Forbidden Fruit: The Dangers Behind Decrypting an iPhone

The San Bernardino case pitching big tech giant Apple against the US justice system could have two precedents, a legal one and a technological one, computer science and cyber security expert told Sputnik.

The FBI want Apple to unlock the iPhone belonging to Syed Rizwan Farook as part of its counterterrorism investigation into the fatal shooting of 14 people in San Bernardino.

CEO #TimCook: "The government is asking #Apple to hack our own users" https://t.co/1u9hoH4Q9d #FBI pic.twitter.com/iTszUV9V35

Apple is refusing the order and chief executive Tim Cook says it will "undermine decades of security advancements." The cellphone belonging to Farook, who carried out the shooting with his wife, has the latest iOS9 operating system which is built without a so-called "backdoor" to encrypted data.

There is no key that Apple can give the FBI, the technology does not exist — or does it?

"The technology is quite simple; the iPhone has all the necessary hardware to do this. But the vendor will be deciding whether it [the upgrade] will annoy users too much and if it is going to be too inconvenient," Dr Steven Murdoch, a security researcher in computer science at University College London told Sputnik.

Dr Murdoch explains that tech companies could follow the example set by the banking industry.

"When these devices are upgraded, sensitive information is deleted. If a modification is made that doesn't compromise information previously stored on that device, then that is a way technology firms could get around it."

"The banking industry came up with the solution, it's been tried and tested", Dr Murdoch told Sputnik.

"But it is inconvenient to do one of these upgrades as you have to get the data back. There is an extra procedure for keeping the data around. It's an extra inconvenience — but it is more secure."

Following the revelation by Edward Snowden of widespread spying carried out by the US and it's National Security Agency (NSA), niche technical firms have developed smartphones — such as Blackphone, RedPhone or Priv — with increased security being their main selling point.

But for the mass market to start producing niche models with increased security, it would have to be done without compromising what the average user wants from a cellphone.

"Consumer organizations make their money by helping the average user, so they're not going to be building something suitable for the people who have the most security requirements at the cost of annoying everyone else," Dr Murdoch told Sputnik.

© Sputnik / Konstantin Rodikov
Is Apple Being Forced to Hack Not One But a Dozen iPhones?
"If there is somewhere in the middle — I think it is likely there will be some changes."

If Apple loses — and is forced to build technology into an iPhone allowing the FBI — or whoever else — access to data then that could set a legal precedent, allowing the US government the authority to order companies to break encrypted models, as well as setting an example for governments around the world.

"It could lead to other requests for other minor crimes relating to matters in other countries," Dr Murdoch said.

"Human rights workers could have their personal information compromised by undemocratic regimes asking for information."

Dr Murdoch believes Apple could do more in terms of security — and suggest that they will, regardless of the outcome of the San Bernardino case.

Don't confuse a corporation fighting to protect it's global brand with an altruistic defence of human rights #Apple https://t.co/kEOEtYmYHe

However, the technical precedent once they build this capability, according to Dr Murdoch, is the possibility that "it will leak out and other people, including criminals, who will be able to use it to breach the security of other innocent individuals."