US Senator John McCain said that Obama has handed the future of the Guantanamo Bay detention center to Congress by submitting a plan to close the facility that is limited a vague menu of options. 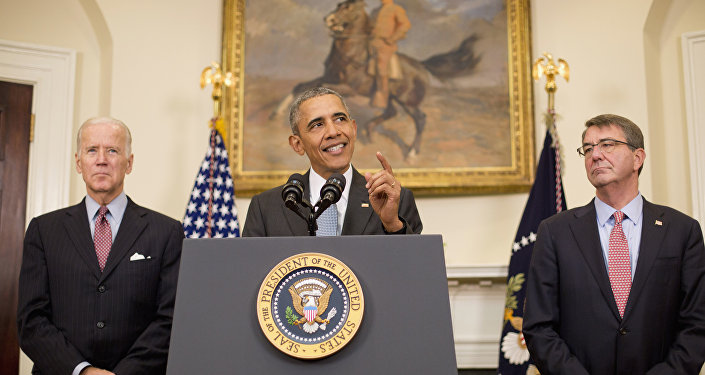 © AP Photo / Pablo Martinez Monsivais
Pentagon’s Guantanamo Closure Plan Has US Administration’s Full Support - Obama
WASHINGTON (Sputnik) — President Barack Obama has handed the future of the Guantanamo Bay detention center to Congress by submitting a plan to close the facility that is limited a vague menu of options, US Senator John McCain said in a statement.

"The Senate Armed Services Committee will closely scrutinize and hold hearings on the details of what the president submitted today, but we can say now with confidence that the president has missed a major chance to convince the Congress and the American people that he has a responsible plan to close the Guantanamo Bay detention facility," McCain stated on Tuesday.

The statement dismissed the president’s plan as a "vague menu" that "passes the buck" to lawmakers.

The plan suggests, but does not identify, 13 possible prisons in the United States where a group of about 60 Guantanamo Bay detainees could transferred, once all others cleared for release are sent to other countries.

Obama pledged to close the detention facility at the beginning of his presidency, but Congress banned any transfers of detainees to the US mainland in 2011.

John McCain is chairman of the Senate Armed Services Committee.