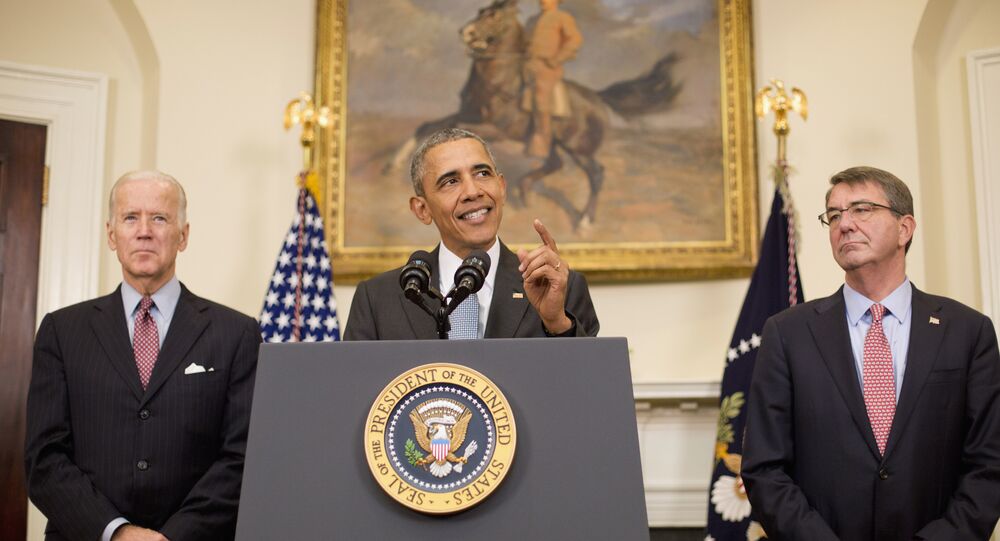 According to the US president, the administration fully supports closure of the Guantanamo Bay.

© REUTERS / Carlos Barria
Obama Submits Guantanamo Closure Plan to Congress - Reports
WASHINGTON (Sputnik) — The plan to close the Guantanamo Bay detention facility developed by the US Department of Defense is fully supported by the administration, President Barack Obama said in a press conference on Tuesday.

"This plan has my full support," Obama stated. "It reflects our best thinking on how to best go after terrorists and deal with those who we may capture."

The US authorities will speed up the process of reviewing the remaining inmates at the Guantanamo Bay detention center to determine whether they can be released, Obama said.

"We will accelerate the periodic reviews of remaining detainees to determine whether their continued detention is necessary," Obama stated.

Moreover, President Barack Obama thinks that the closure of the Guantanamo Bay will help undermine terrorists’ efforts to use the faclity as an instrument for their propaganda.

"With this plan we have the opportunity finally to eliminate a terrorists’ propaganda tool, strengthen relationships with our allies and partners, enhance our national security and most importantly uphold the values that define us as Americans," Obama stated.