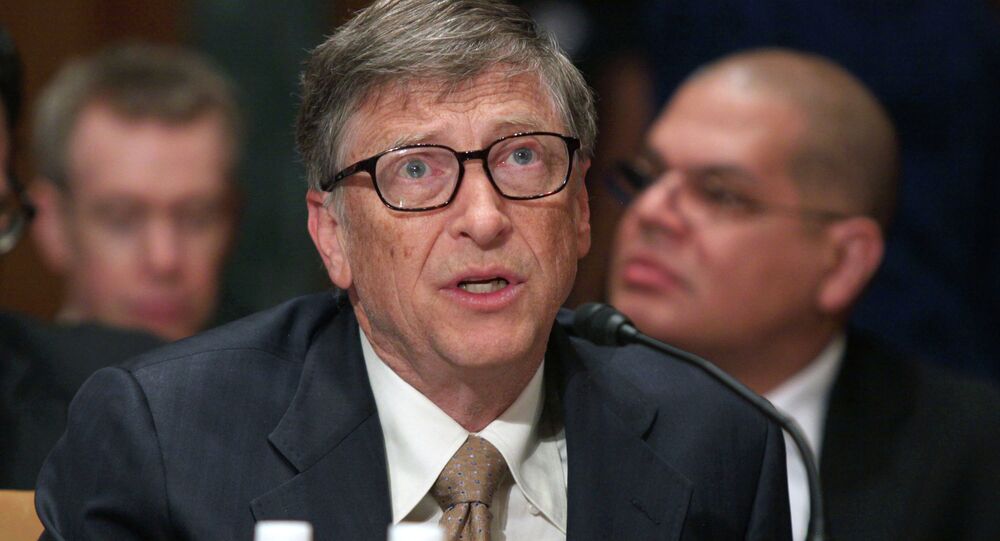 Microsoft Founder Bill Gates said he supported a request from the US Federal Bureau of Investigation, demanding that Apple unlock the phone of one of the perpetrators of the lethal shooting in San Bernardino, California.

© Flickr / Andy
Apple Calls on US Gov't to Convene Special Panel on FBI Encryption Demand
MOSCOW (Sputnik) — On February 16, a California judge ordered Apple to help the FBI unlock an iPhone used by one of the San Bernardino attackers after the agency was unable to do so. Apple refused to do so, citing privacy concerns.

"This is a specific case where the government is asking for access to information. They are not asking for some general thing, they are asking for a particular case," Gates told the Financial Times in an interview published Tuesday.

Last week, Apple CEO Tim Cook explained the FBI had asked Apple to build a new version of the iPhone operating system and software that would allow authorities to unlock any iPhone in someone’s physical possession through a "back door."

"It is no different than [the question of] should anybody ever have been able to tell the phone company to get information, should anybody be able to get at bank records. Let’s say the bank had tied a ribbon round the disk drive and said ‘don’t make me cut this ribbon because you’ll make me cut it many times’," Gates stressed.