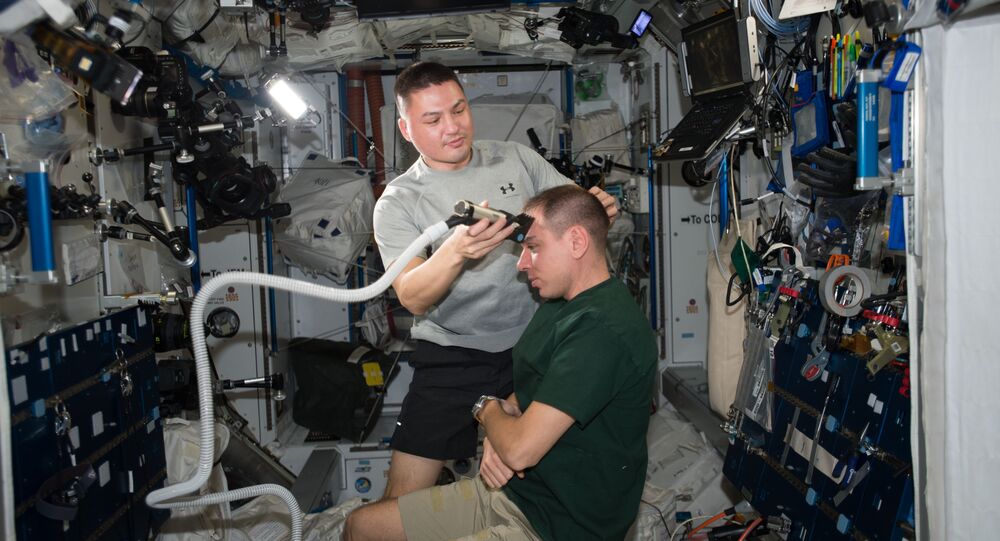 Russian will become a mandatory subject in NASA’s space training program, the US space agency announced on its website on Saturday, adding that all those wishing to fly to space should learn the Russian language.

© AP Photo / Dmitry Lovetsky
NASA Grows Flowers on ISS for Valentine’s Day
More than 18,300 people applied to join NASA’s 2017 astronaut class, almost three times the number of applications received in 2012 for the most recent astronaut class, and far surpassing the previous record of 8,000 in 1978, NASA said.

“It’s not at all surprising to me that so many Americans from diverse backgrounds want to personally contribute to blazing the trail on our journey to Mars,” said NASA Administrator Charles Bolden, a former space shuttle commander, in a statement.

After reporting at the Johnson Space Center in Houston the astronaut candidates will go through about two years of initial training on spacecraft systems, spacewalking skills and teamwork, Russian language and other requisite skills, he added.

Applications closed Thursday and the names of the lucky wannabes few will be announced next year with preference given to professional pilots, engineers, scientists and doctors.