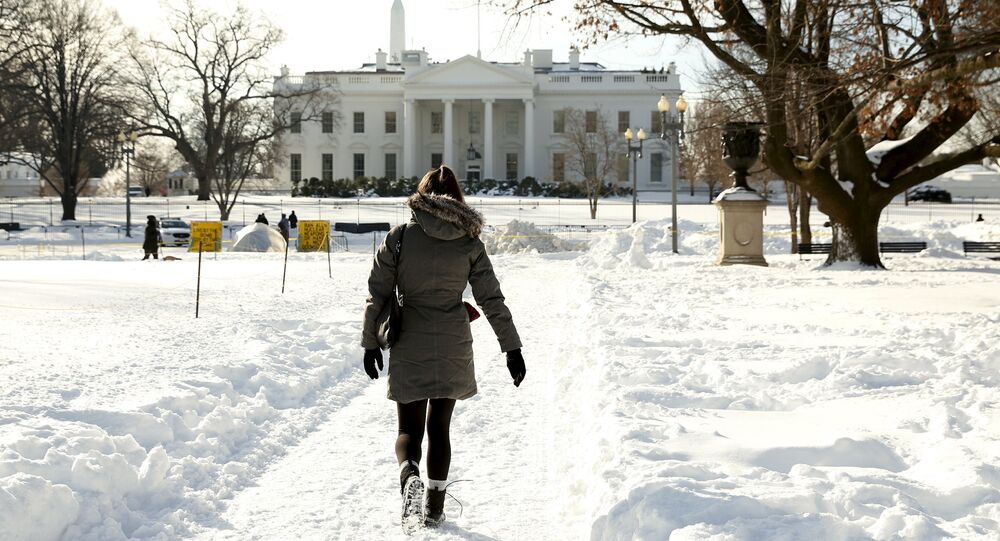 The US media is skillfully lying about world affairs, delivering contrived narratives that are generated by the Pentagon, the State Department and the White House and misinforming the public; the ignorance this process generates is very dangerous because Americans “act on it”, according to foreign policy expert Stephen Kinzer.

© Flickr / Sergio Feo
FBI’s Goat Your Back: Agency Video Game Targets Teen Radicalization
The American public is being constantly misinformed regarding global affairs, Stephen Kinzer, a senior fellow at the Watson Institute for International Studies at Brown University, writes in his article for The Boston Globe.

News on developments around the world are generated by the Pentagon, the State Department, the White House and by think tank “experts”, who deliver the official point of view.

“Under intense financial pressure, most American newspapers, magazines, and broadcast networks have drastically reduced their corps of foreign correspondents,” he says, stressing that a lot of important news about the world now comes from reporters based in Washington.

“In that environment, access and credibility depend on the acceptance of official paradigms,” he adds.

The author cites as an example the coverage of the crisis in Syria.

© REUTERS / Kacper Pempel
Is it ‘Truthy?’ Government-Funded Database to Track Online Opinions, Memes
“Reporters who cover Syria check with the Pentagon, the State Department, the White House, and think tank “experts.” After a spin on that soiled carousel, they feel they have covered all sides of the story. This form of stenography produces the pabulum that passes for news about Syria,” he says.

As a result, much of the American press is reporting the opposite of what is actually happening, the author acknowledges.

“Americans are being told that the virtuous course in Syria is to fight the Assad regime and its Russian and Iranian partners. We are supposed to hope that a righteous coalition of Americans, Turks, Saudis, Kurds, and the 'moderate opposition' will win,” Stephen Kinzer continues.

“This is convoluted nonsense, but Americans cannot be blamed for believing it. We have almost no real information about the combatants, their goals, or their tactics. Much blame for this lies with our media,” he further states.

Everything Russia and Iran do in Syria is described as negative and destabilizing, simply because it is they who are doing it — and because that is the official line in Washington, Kinzer says.

© Photo : Ministry of defence of the Russian Federation
Why Western Media Presents Footage of Russia's Strikes in Syria as US-Led Coalition's
“Astonishingly brave correspondents in the war zone, including Americans, seek to counteract Washington-based reporting. At great risk to their own safety, these reporters are pushing to find the truth about the Syrian war. Their reporting often illuminates the darkness of groupthink. Yet for many consumers of news, their voices are lost in the cacophony. Reporting from the ground is often overwhelmed by the Washington consensus.”

However, Kinzer warns that the ignorance of ordinary Americans is even more dangerous, because they “act on it”.

“The United States has the power to decree the death of nations,” he says. “And it can do so with popular support because many Americans — and many journalists — are content with the official story.”