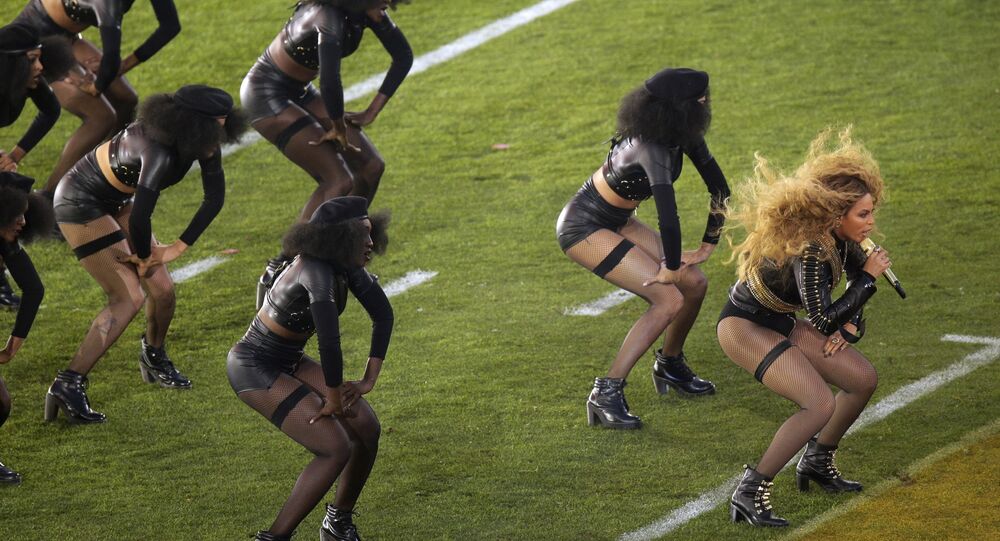 The home of a Tennessee sheriff was shot at on Monday evening, and while he does not know the actual motive, the sheriff has made the claim that it is the fault of American superstar performer Beyoncé Knowles-Carter.

“We all know, as soon as you put your uniform on, you’re a target,” the sheriff said at a news conference Tuesday morning. “You make people mad when you’re just doing your job.”

When asked by a reporter to clarify what he meant, he said, “You know, Beyoncé’s video.”

Beyoncé’s new video, “Formation,” is a powerful tribute to being black in America, and features a clip of a wall tagged with the words “stop killing us,” as well as a scene with officers putting their hands up in response to a small black child dancing in front of them in a hoodie. She performed a portion of the song during the Super Bowl halftime show, accompanied by backup dancers dressed in outfits reminiscent of what the Black Panther Party wore.

On Tuesday, Sheriff Arnold emailed the media to double down on his Beyoncé blame.

“My comments reflect the violence and senseless killing of seven deputies in the US since the show aired. My comments are an observation of the violence that has occurred but in no way is meant to offend anyone,” Arnold wrote.

© AP Photo / Mason Poole
Beyonce, Jay Z Bail Out Baltimore Protesters, Blast Critics in Rap (VIDEO)
The sheriff included a link to a statement by the National Sheriff’s Association’s website, which reads: "The senseless killing of four law enforcement officers just this week — on the heels of the anti-police “entertainment” at the Sunday Super Bowl halftime show — reminds us that the men and women in law enforcement take a solemn oath that includes putting their lives on the line everyday to protect our citizens."

No one was injured in the shooting near the sheriff’s residence, and no suspect has been apprehended.

According to The Counted, a project by the Guardian that tracks police killings in the United States, 127 people have been killed by peace officers since the first of this year. The Officer Down Memorial page, which tracks police deaths in the line of duty, reports 10 officers killed in the same time frame, at least two of which were accidental (a car accident and an aircraft accident).