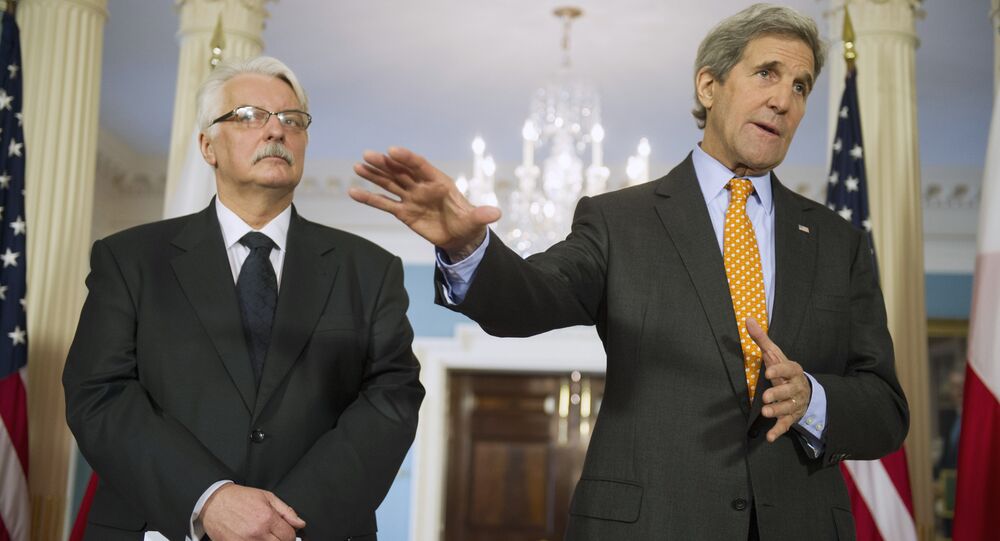 US Secretary of State John Kerry and Polish Foreign Minister Witold Waszczykowski will discuss the conflict in Syria and the fight against the terrorist group Daesh.

© AFP 2020 / HO / ALBARAKA NEWS
US to Go After Daesh Anywhere Terror Group Appears - Obama
WASHINGTON (Sputnik) — The conflict in Syria and the fight against the terrorist group Daesh, also known as the Islamic State, will be the topics of discussion with Polish Foreign Minister Witold Waszczykowski in Washington, DC, US Secretary of State John Kerry announced on Wednesday.

"I look forward to having a good conversation with Witold on any number of subjects, ranging from the challenge to Europe as a whole because of what’s happening in Syria and Daesh," Kerry stated in joint remarks with Waszczykowski before the meeting.

Kerry noted they will also discuss the NATO European Reassurance Initiative, which is meant to address security concerns on the European continent and bolster NATO’s defenses against Russia.

Waszczykowski added they will discuss two other important issues — the conflict in Ukraine and the upcoming NATO summit scheduled to take place in Warsaw in July.

Against All Odds: Iraqi Kurds Left to Fight Daesh Alone, But Still Winning