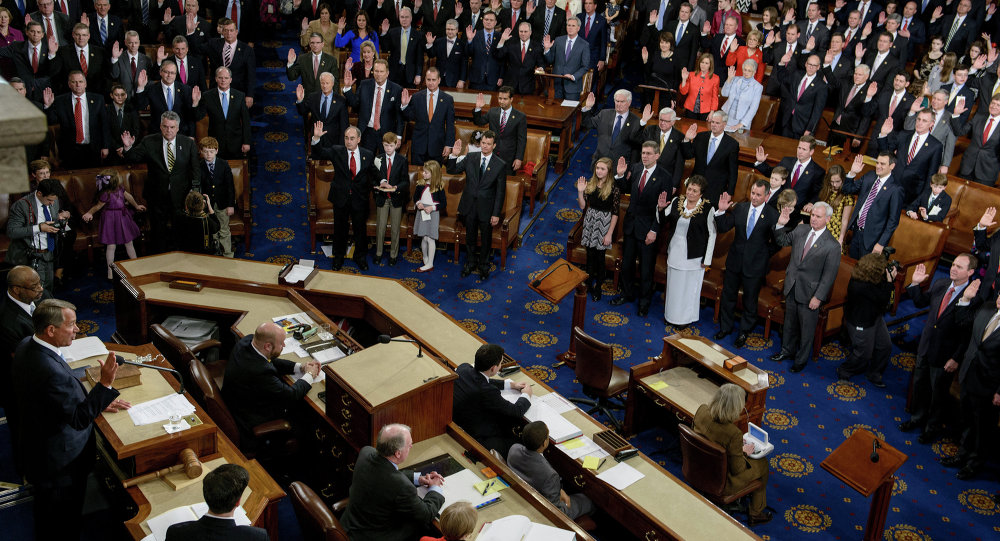 In the midst of an election year in the United States, Radio Sputnik’s Brian Becker is joined by investigative journalist and filmmaker John Pilger to discuss the idea that “extremists” run Western political systems, and the important role of whistleblowers.

"This is the first time that a…major international organization, an official body, has had the opportunity to examine all of the salient information to do with the Assange case," Pilger tells Loud & Clear host Brian Becker, referring to a recent ruling by the United Nations that the WikiLeaks founder is being "arbitrarily held."

"This is the first time all that evidence, all those facts, have been brought in one arena and examined, and the very clear judgement…shows the extent of not only the miscarriage of justice that Julian Assange has had to endure, but the attack on him, on WikiLeaks, and indeed, on all whistleblowers, truth-tellers, who push down the façade of propaganda."

But the treatment of Julian Assange by the governments of the West is no surprise, given the draconian methods by both the US and UK, not only domestically, but also abroad.

"Most of the calculations are that perhaps a million people died during that decade, leading up to the beginning of Iraq’s holocaust, when shock-and-awe began in 2003."

The tragedy of the Iraq War is the responsibility of elected Western government representatives, and, while many recognize that the invasion of Iraq was a mistake, violence continues in other countries.

© Sputnik / Dmitry Astakhov
NATO at War… on the World

"Yemen, where half the children are malnourished, is being pounded and has been pounded with American cluster weapons for the last eight, nine months, almost a year, with the Saudi’s let off the leash to do what they have wanted to do for a long time, that is to destroy Yemen.

"This landscape of violence really has come out of the beginning of a particular kind of extremism in Washington," he adds. "I think there was a military coup, of a kind, in Washington."

Pilger describes the enormous influence of the Pentagon in American political circles.

"We need to understand that there is a real extremism now rampant in our so-called democratic societies."

In the future, he asserts, this extremism is likely to grow.

"We’re going through a period of extremism, but we don’t apply that word, that concept, to our own governments. And yet the evidence is there before us."

The NATO bombing of Libya, he says, is a prime example.

"This was a cohesive, independent state in the Middle East, a state created from warring and potentially warring tribal groups as a single entity, and it was destroyed by 'us,'" he says, referring to the United States and its allies.

While there are signs of dissatisfaction in the United States – the rise of Democratic presidential candidate Bernie Sanders, for instance – Pilger remains skeptical that anti-war movements will have any real effect on Washington.

"The great anti-war movement…had the rug pulled from beneath by the election of Barack Obama. We had all that nonsense about 'hope,' and if we’re running through that script again with Bernie Sanders, I think we should stop and pause and really consider," he says.

Pilger discusses his latest film, “Utopia,” covering racism in both America and Australia, and the need to look beyond single-issue politics.