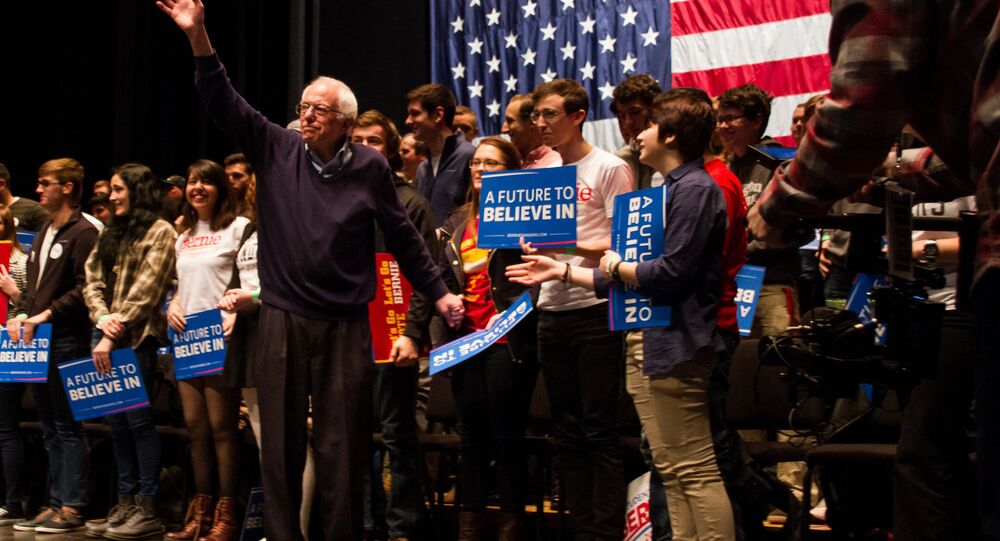 What’s that expression? Those who do not remember the past are doomed to repeat it?

© AP Photo / Steve Helber
Bernie Sanders Delivers Major 2016 Campaign Address: Democratic Socialism Can Work for America
Decades after the US devoted all its efforts to wiping out the red spectre of socialism, a campaign that saw the destruction of overseas regimes and the blacklisting of Washington and Hollywood elite, a new survey shows American millennials seem to prefer socialism over capitalism.

The poll, conducted by the world's leading online market research company YouGov, was taken January 25 — 27, and surveyed 1000 people. Perhaps surprisingly, 43% of respondents under 30  had a "favorable" view of socialism: 35% said they consider socialism "somewhat favorable," while 8% consider it "very favorable."  Less than a third of millennials reported having a favorable view of capitalism, on the other hand.

When it comes to political parties, 34% of Democrats expressed a negative attitude towards socialism, while 44% of Democratic respondents had a favorable view.

Perhaps less surprising: American adults aged 65+ tend to prefer capitalism, with only 23% of that age bracket reporting a favorable view of socialism.

Self-styled "Democratic socialist" Bernie Sanders is enjoying wide support by Democratic voters under 30, many of whom say they're fed up with wealth inequality in the US.

Democratic Socialism Coming To America In 2016?