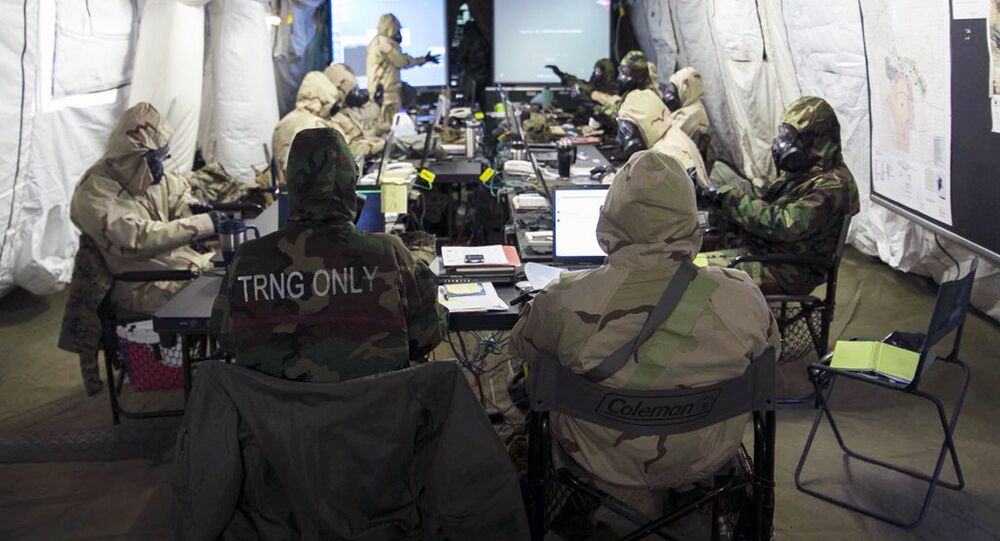 Former US Congressman James Greenwood said that United States is not prepared to properly deal with a biological attack against it.

© AFP 2021 / Paul J. Richards
US Army Orders $900Mln on Chemical, Biological War Projects
NEW YORK (Sputnik) – The United States is not prepared to properly deal with a biological attack against it, former US Congressman James Greenwood said in a testimony before the US House of Representatives Energy and Commerce Subcommittee on Oversight and Investigations on Friday.

"Whether it is the reintroduction of smallpox by a terrorist, a dirty bomb in an urban center or another pandemic influenza outbreak… we are underprepared to respond to these threats and we must take immediate steps to be better prepared," Greenwood stated.

"We are not organized as a government to effectively and quickly respond to either pandemics or bioterror because the authorities are defused, they don’t always talk to one-another and that is exactly why a central unified plan, a strategic plan, a central budget and giving authority to the Vice President makes all the sense," Greenwood argued.

A December 2015 report by the Trust for America’s health and the Wood Johnson Foundation found that 28 US states received failing grades on indicators correlating to prevention, detection, diagnostics and responding to disease outbreaks.

Moreover, the report found that gaps remain in the preparedness by US government and institutions for public health emergencies, including potential bioterror or natural disease outbreaks.