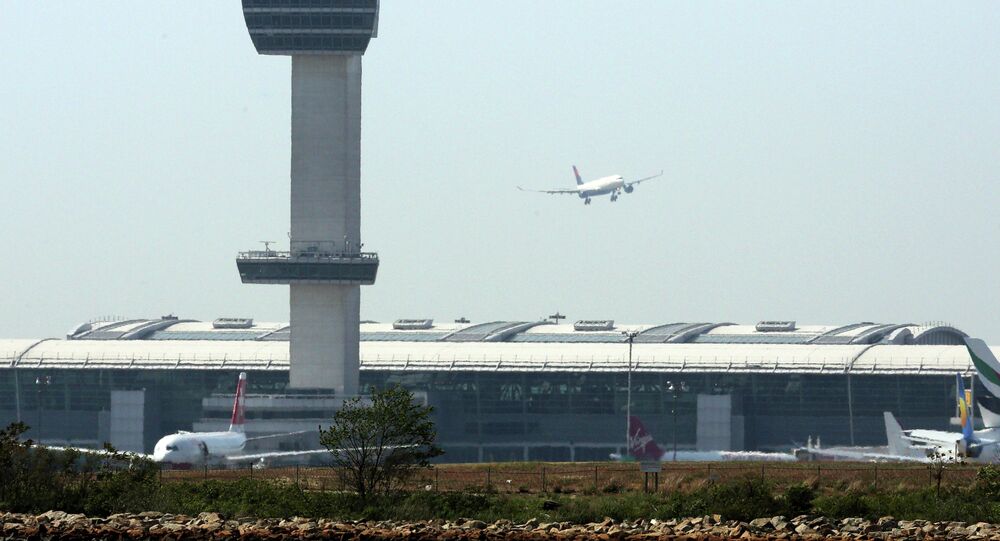 US to Begin Implementing Biometric System at Airports by 2018

Homeland Security Secretary Jeh Johnson said that a biometric exit system will begin to be implemented at airports across the United States by 2018.

NEW YORK (Sputnik) — A biometric exit system will begin to be implemented at airports across the United States by 2018, Homeland Security Secretary Jeh Johnson said during a speech at the Woodrow Wilson Center in Washington, DC.

"For years Congress and others have urged us to develop a system of biometric exit," Johnson stated on Thursday. "I have directed CBP (Customs and Border Protection) to begin implementing the system, starting at airports, in 2018."

A system of biometric exit involves taking the fingerprints or other biometric data of those who leave the country. According to Johnson, CBP has begun testing technologies that can be deployed nationwide.

© AP Photo / Denis Poroy
US Must Implement Biometric System to Prevent Visa Abuse by Terrorists
The system, which was originally slated for a 2016 rollout, will be paid for by $1 billion in fee increases over a period of ten years.

The Department of Homeland Security reported to Congress in January that there are hundreds of thousands of individuals in the United States who entered the country legally, but overstayed their visa.

Your Face on Our Books: Australian Anti-Terror Drive Goes Biometric