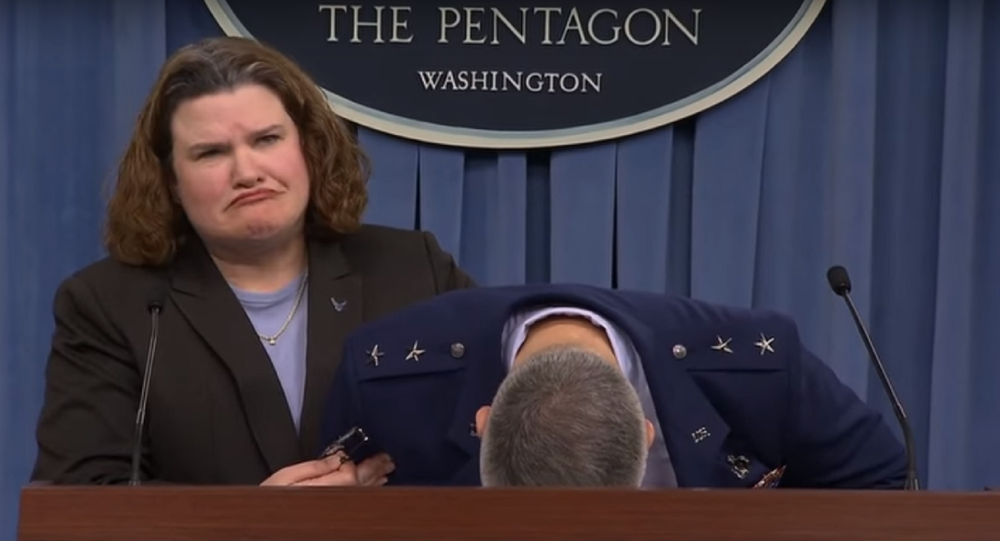 An Air Force major general has been taken to the hospital after he fainted at the podium during a Pentagon budget briefing, on Tuesday.

It is unknown what lead to Major General James Martin Jr. collapsing, but he was carried from the podium and taken to another room before being brought to the hospital as a precaution.

© AFP 2021 / STAFF
Pentagon to Propose Increasing Air Force Training Budget by $1Bln
The news conference was to discuss the Air Force’s fiscal 2017 budget, Martin is the deputy assistant secretary for budget under the Air Force’s Financial Management and Comptroller office. Martin was in the middle of discussing the funding for their F-35 fighter jet program.

Carolyn Gleason, the Air Force Deputy for Budget, took over where Martin left off and finished the briefing.

“That’s what the F-35 will do to you,” Ms. Gleason nervously joked.

US Air Force Grounds Combat Aircraft Due to Budget Cuts