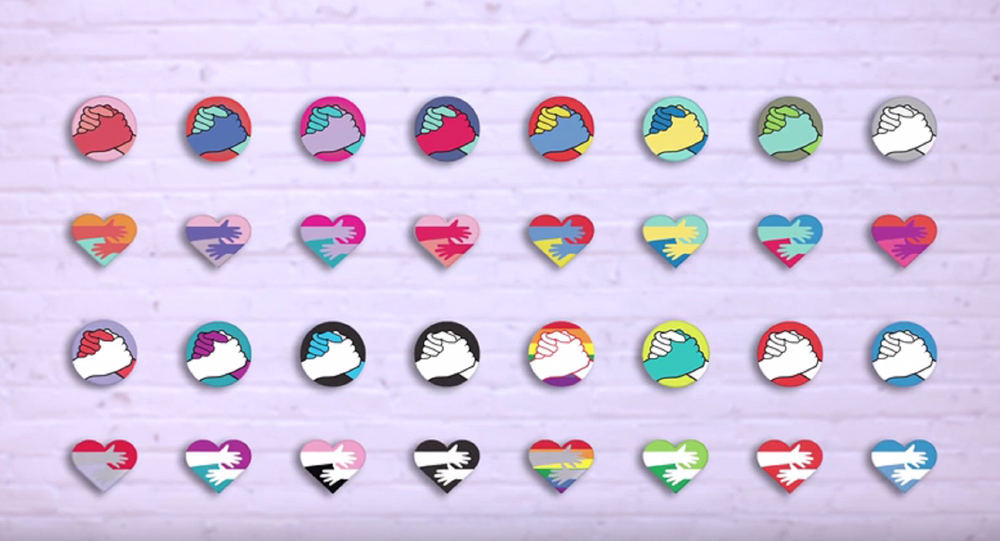 Monica Lewinsky, widely referred to as the first victim of cyberbullying after her involvement with then-President Bill Clinton became public, has become a fierce advocate against bullying and, on Tuesday, launched her own line of apps aimed at supporting those who are oppressed.

The free #BeStrong keyboard app launched on World Safer Internet Day, February 9, in the iTunes App Store and will be available soon on Google Play.

“Cyberbullying, trolling, and online harassment can ensnare public officials and celebrities but also private citizens, whether teens or college kids or adults,” she said in Vanity Fair. “Thousands of people are bullied online—daily.”

To build the app, Lewinsky worked with Vodaphone, conducting one of the largest cyberbullying surveys in history. They found that people often don’t know what to say or how to find the right words to offer support to those who are being bullied.

“Emojis are like modern-day cave paintings: simple, direct, visual. And because visual images are processed far faster than text, emojis can be among the quickest ways to send messages of support or concern,” Lewinsky wrote in her article announcing the app in Vanity Fair, where she is a contributing editor.

Lewinsky has become a prominent social activist, and an anti-bullying ambassador to Bystander Revolution. In 2015, she gave a compelling Ted Talk on the subject, and helped to raise $70,000 for anti-bullying organizations with her support of the Dancing Man party last year.

Confessions App Sparks Concerns in US Over Bullying, Suicide

Man With 300 Twitter Accounts Accused of Harassment in Puerto Rico