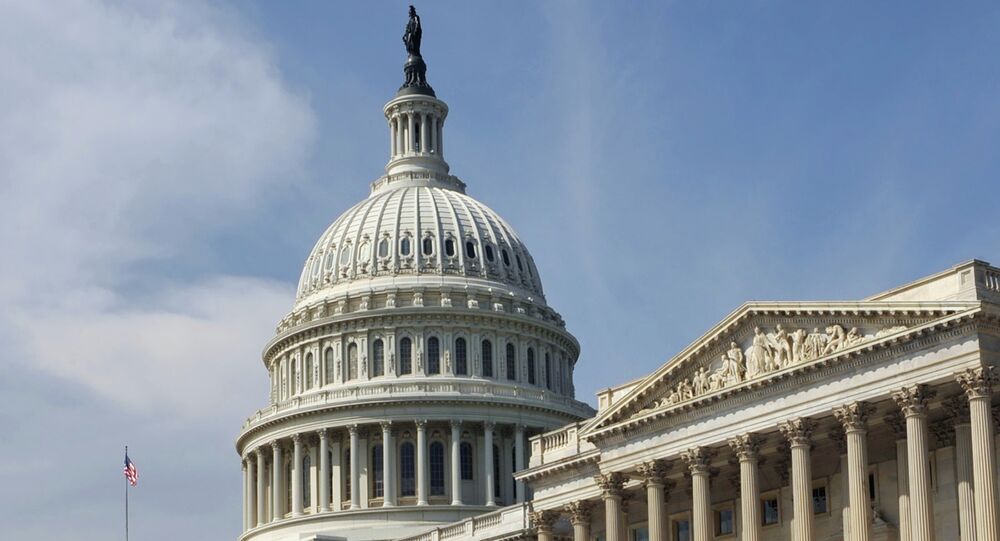 For the first time in history the US national debt has exceeded 19 trillion dollars. That's more than 58 thousand dollars per person living in the US - including children.

According to the President of American Action Forum think-tank, Douglas Holtz-Eakin, the US is likely to face an even more negative economic outlook in the future.

"The debts will rise from something that was manageable […] to well over 30 trillion dollars in the next ten years," the analyst said in an exclusive interview with Radio Sputnik.

Thus, the US debt will almost double, surging from the current 19 trillion dollars to 30 trillion dollars. Such a tendency may have disastrous consequences for the US economy. Moreover, the current state of affairs causes frustration in the American public and requires urgent measures of the US government.

"We have a fundamental mismatch between the promises the federal government has made to especially elder Americans," including health care and other social programs, Holtz-Eakin said. "We have a big explosion in spending. And revenues aren't matching," the analyst added.

© AFP 2021 / BRENDAN SMIALOWSKI
Raising Public Debt Will 'Turn Into Catastrophe for US'
The Republican Party earlier accused US President Barack Obama and the US Treasury of misleading the Congress about the national debt limit. According to a congressional probe, conducted by the Republican leadership of the House Financial Services Committee, the Obama administration considered prioritizing debt payments if the nation hit its borrowing cap.

According to the expert, the US government is lacking political will to fix its debt problem. Unless fundamental changes are made to the taxes spending programs, the financial situation in the country will only worsen in the next decade.

"I think it is a terrifying scenario for the United States. It is incredibly unwise to have a situation where you are essentially borrowing simply to pay interest on previous borrowing," the analyst argued.

In Holtz-Eakin's opinion, one of the fundamental problems is the low growth rate of the US economy which is 2% percent over the long term.

"It really is a situation when regardless of what you are — Republican or Democrat — something better has to be done," the expert said. "Unless some changes are made, the US is not going to end well," he concluded.

Till Death Us Do Part: 1 in 5 Americans Say They'll Die With Their Debts

Enough is Enough: US to Curb Debt Issuance in 2016