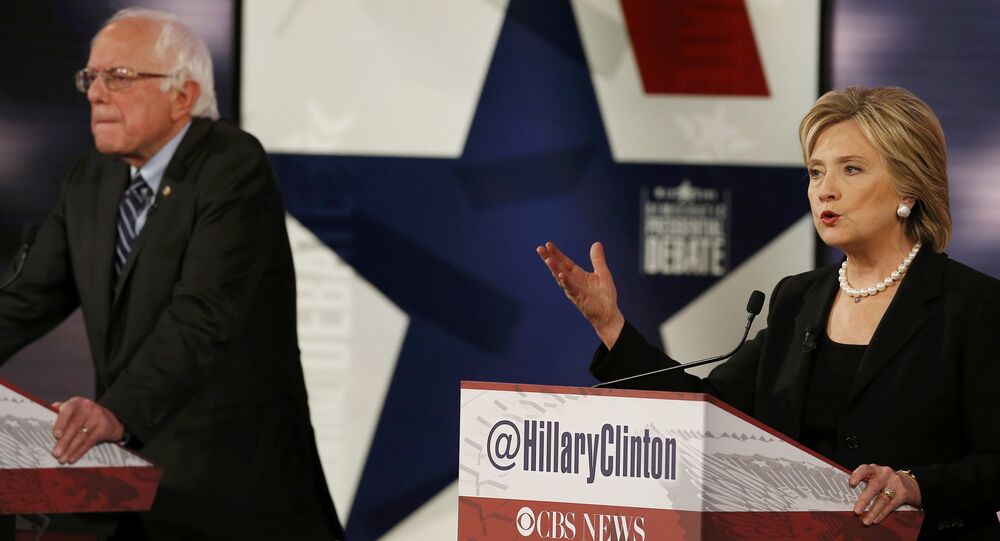 After the confusion surrounding Monday night’s Iowa Democratic caucuses, the state’s most popular newspaper is calling for a "complete audit" of the voting process.

Iowa serves as the first major battleground in the US presidential primaries, and on Monday night, Hillary Clinton won by an incredibly slim margin. After all the votes were counted, Clinton beat rival Bernie Sanders by only 0.2 percentage points.

That narrow margin has led a number of commentators to call for a recount, including the Des Moines Register, Iowa’s largest newspaper, and a public endorser of Hillary Clinton.

© REUTERS / Brian Snyder
'The Country is in Crisis': The Surprising Rise of Bernie Sanders

"Once again the world is laughing at Iowa. Late night comedians and social media mavens are having a field day with jokes about missing caucusgoers and coin flips," the paper’s editorial board wrote on Wednesday.

"That’s fine. We can take ribbing over our quirky process. But what we can’t stomach is even the whiff of impropriety or error."

Part of the problem lies in the unique way that Iowa chooses its delegates. Rather than electronic – or even paper – ballots, voters are collected in a large room in their respective district. Individuals then assemble in different groups to indicate which candidate they support. A headcount is performed by precinct captains, and, in the event of a tie, a coin is flipped.

A full recount, then, is impossible without completely reenacting the event.

Still, the Democratic Party has yet to release the raw vote totals from Monday night, something that the Sanders campaign has requested.

"Too many questions have been raised. Too many accounts have arisen of inconsistent counts, untrained and overwhelmed volunteers, confused voters, cramped precinct locations, a lack of voter registration forms and other problems," the Register writes.

“Too many of us, including members of the Register editorial board who were observing caucuses, saw opportunities for error amid Monday night’s chaos.”

The paper calls on Andy McGuire, chairwoman of the Iowa Democratic Party, to increase caucus transparency.

“Work with all the campaigns to audit results,” the Register said. "Break silly party tradition and release the raw vote totals. Provide a list of each precinct coin flip and its outcome, as well as other information sought by the Register," adding, "Be transparent."