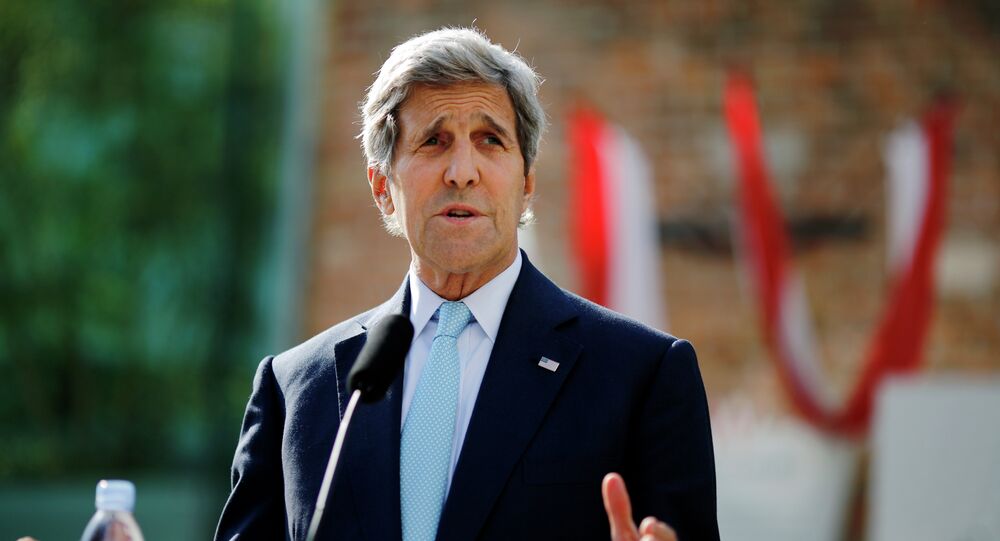 Volume of US Aid to Syria Exceeds $4.5Bln

The United States has allocated more than $4.5 billion in aid to conflict-torn Syria, which makes Washington the largest supplier of aid to the country.

London (Sputnik) —   The United States has allocated more than $4.5 billion in aid to war-ravaged Syria, which makes Washington the largest supplier of aid to the country, US Secretary of State John Kerry said Thursday.

© REUTERS / Abdalrhman Ismail
Residents inspect damage after airstrikes by pro-Syrian government forces in Anadan city, about 10 kilometers away from the towns of Nubul and Zahraa, Northern Aleppo countryside, Syria February 3, 2016

"Today the United States has provided over $4.5 billion to help Syrian refugees and those displaced within Syria and I am proud that that makes us today the largest single donor from external in the world," Kerry said at the Supporting Syria and the Region conference that had started earlier in the day in London.

© AP Photo / MTI/Balazs Mohai
US Quota Increase for Middle East Refugees Too Small - Aid Organization
He added that the United States announced its contribution of $925 million, including more than $600 million in humanitarian aid and $325 million in development assistance.

Through this humanitarian funding, the United States continues to provide food, shelter, water, medical care, humanitarian protection, and other urgent relief to millions of people suffering inside Syria and 4.6 million refugees from Syria in the region.The State Department also decided to provide more than $290 million to Jordan and Lebanon for educational needs.

The US humanitarian assistance in response to the Syrian conflict now amounts to about $5.1 billion. The UN refugee agency estimates that there are some 13.5 million displaced and conflict-affected people inside Syria itself, while about 4.6 million of people have fled the country, mostly to the neighboring Turkey, Lebanon and Jordan.