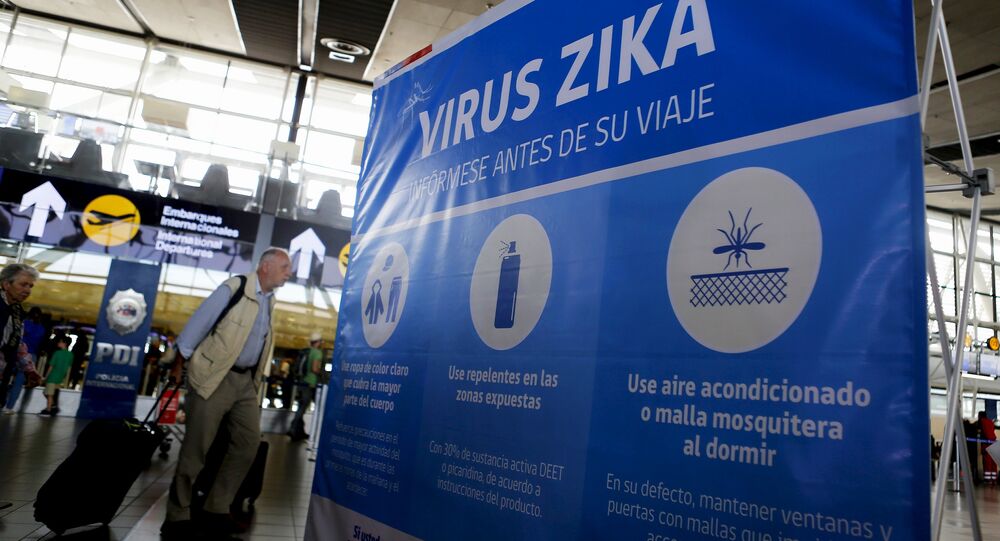 Two US major airlines announced that they were permitting their crew to opt out of flights to the Caribbean and Latin America due to the risk of contracting the Zika virus.

© AFP 2020 / ERNESTO BENAVIDES
Zika Virus Likely to Spread Across Americas - WHO
MOSCOW (Sputnik) — Two major airlines in the United States announced that they were permitting their crew to opt out of flights to the Caribbean and Latin America due to the risk of contracting the Zika virus.

"The safety of our employees is paramount and providing this option was the right thing to do under these circumstances," Rahsaan Johnson, a spokesman for the airline United, said Wednesday, as quoted by CNN.

According to the media outlet, Delta Air Lines has been allowing its crew members to swap shifts to avoid flights to Zika-affected areas for a fortnight now.

"A small number of crew members have swapped trips to date," Delta spokesman Morgan Durrant said, as quoted by the network.

The current Zika outbreak started in Brazil in spring 2015. It has since spread across Latin America, allegedly causing several deaths. The first case of the Zika virus in Europe was confirmed in Denmark in January, followed by Sweden and Germany.

At present, there is no vaccine available to treat the Zika virus that primarily affects pregnant women and unborn fetuses by causing severe brain damage in newborns known as microcephaly.

Latin America United in Search of Strategy to Tackle Zika