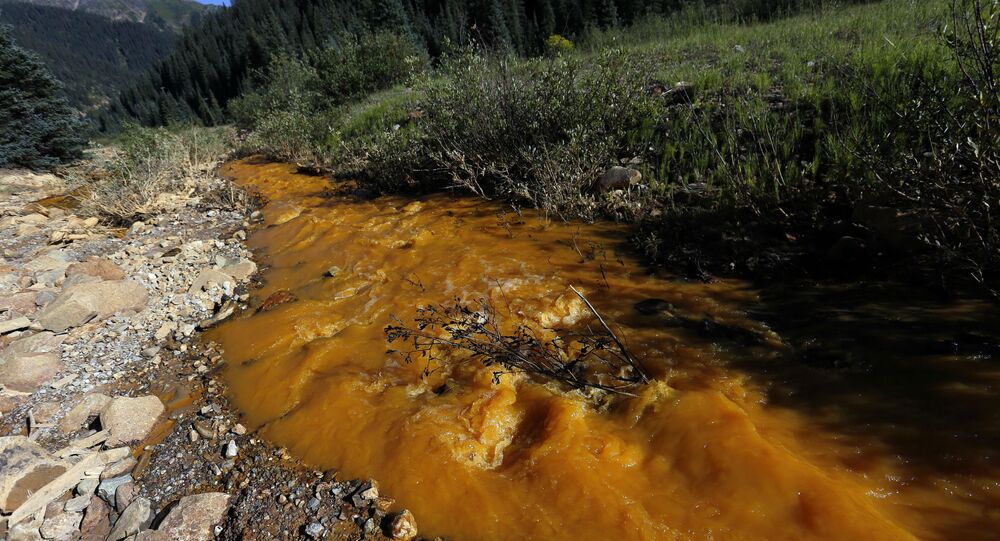 Many US communities have toxic drinking water, much like in Flint, Michigan, and Navajo water supplies are more poisoned even than Flint, and have been for decades, according to Brenda Norrell, a reporter in Indian country.

As previously reported by Sputnik, poisoned drinking water in the United States is not limited to Flint, as was made evident after the Ohio State Environmental Protection Agency asked the US government to open a criminal investigation into lead in the drinking water of the town of Sebring, Ohio.

Elevated blood-lead levels have also been found in a high percentage of children in parts of Grand Rapids, Jackson, Detroit, Saginaw, Muskegon, Holland and several other Michigan cities.

The pollution of drinking water in Native American communities is even more dire. Norrell explained that the contamination of Navajo water is largely due to abandoned uranium mines that are not legally mandated to be cleaned, and 75% of these abandoned mines are on federal and tribal lands. Currently there are some 15,000 toxic abandoned uranium mines in the US, which continue to contaminate the land, air, and groundwater.

“Since the 1950s, their water has been poisoned by uranium mining to fuel the nuclear industry and the making of atomic bombs for the U.S. military. Coal mining and coal-fired power plants have added to the mix. The latest assault on Navajo water was carried out by the massive toxic spills into the Animas and San Juan rivers when the EPA recklessly attempted to address the abandoned Gold King mine,” Norrell wrote.

A bill to address this issue, known as “The Uranium Exploration and Mining Accountability Act,” introduced by Arizona Congressman Raúl Grijalva, has languished in Congress for two years, Justin Garner reported for the Free Thought Project.