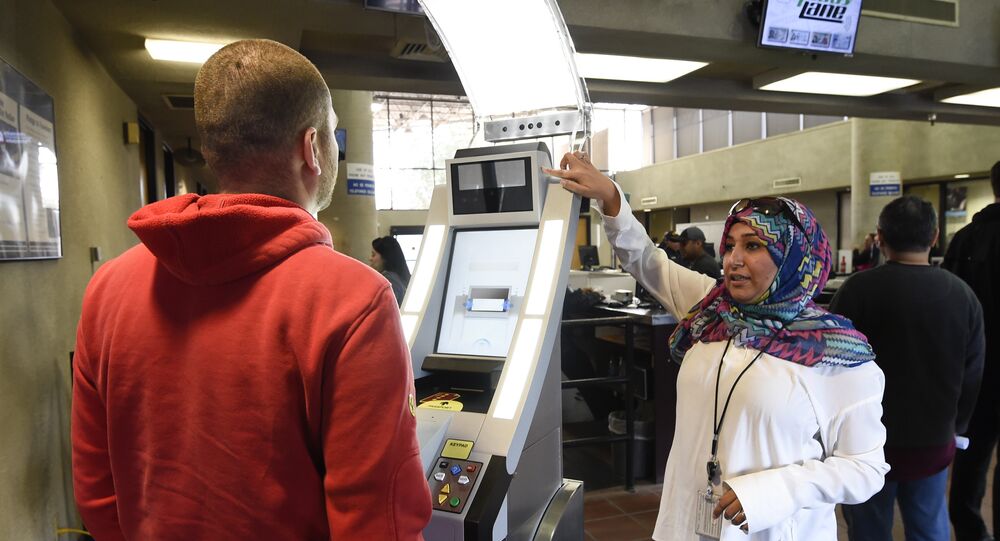 "Terrorists have used student visas, tourist visas, and more to infiltrate our country and plot significant acts of terror…This is why we must fulfill one of the last remaining recommendations of the 9/11 Commission by moving forward with a biometric entry-exit system to track those who overstay their welcome," McCaul said.

The Department of Homeland Security reported to Congress in January that there are hundreds of thousands of individuals in the United States who entered the country legally, but overstayed their visa.

© Photo : Rex Features
US Wants Biometrics High-Tech to Vet Syrian Refugees
The rise of the Islamic State (ISIL), also known as Daesh, and promises by that terrorist group to send its fighters to attack US targets, has led US lawmakers to attempt to close loopholes in immigration and travel programs.

In December 2015, two Daesh-inspired shooters attacked a social services center in San Bernardino, California. One of the shooters came to the United States under a fiance visa and reportedly posted radicalized messages on her private social media accounts prior to the attack.