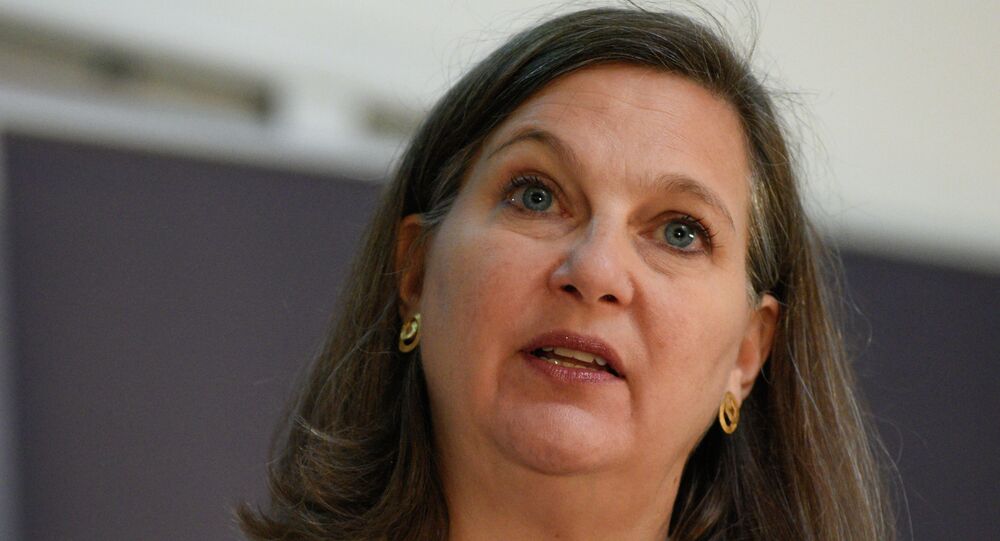 Behind Closed Doors: Nuland Briefs US Senators on Russia Talks

US Assistant Secretary of State for European and Eurasian Affairs Victoria Nuland is discussing her recent talks with Russian officials in a classified briefing with members of the Senate Foreign Relations Committee, Foreign Relations Chairman Bob Corker told Sputnik.

"There are numbers of issues right now that are creating troubles for the European Union, but she [Nuland] also had a meeting recently with Russian officials, and we want to sort of bore down what the content of that [was]," Corker said ahead of the briefing on Tuesday afternoon.

The chairman further indicated that the reason the hearing is taking place in a classified setting is because the committee members "want to know about some details of her meeting with the Russian officials."

"It was just a wide-ranging conversation," Corker said, following the brief, adding that Nuland addressed "Minsk [the Ukraine peace agreement], Syria — some of the refugee issues, some of the anti-democratic movements taking place in some [European] countries."

On January 15, Nuland met with Russian Presidential Aide Vladislav Surkov to discuss the ongoing peace settlement in Ukraine under the Minsk agreement. The United States, though not a member of the Normandy Group responsible for implementing the Minsk agreement, was included in talks with the Russian official to keep Washington informed.

In the past two years, the Senate Foreign Relations Committee has voiced its concern for Ukraine by passing the Ukraine Freedom Support Act, which calls for tougher sanctions on Russia and providing defensive weapons to the Ukrainian armed forces.