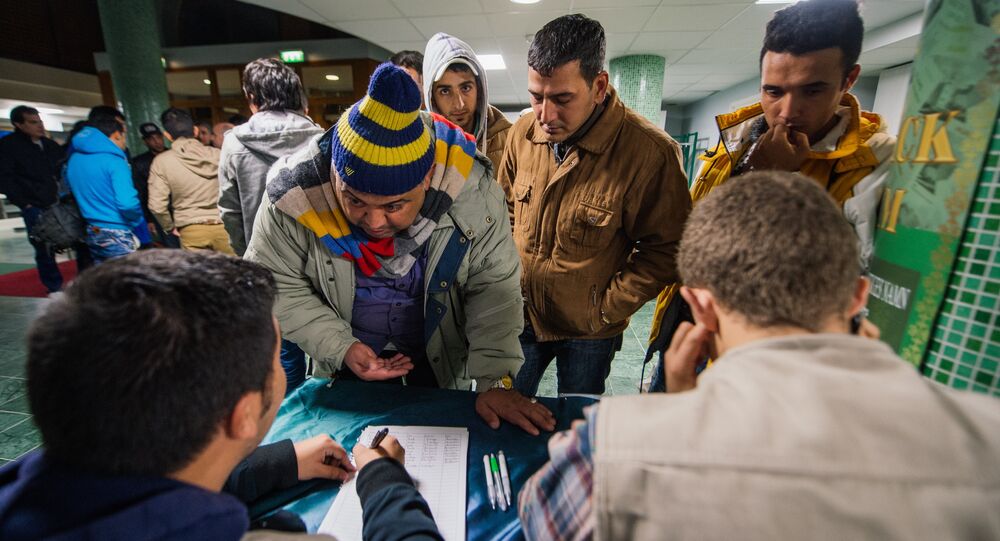 US Pledges 'Significant' Additional Aid for Asylum Seekers From Syria

US President Barack Obama spoke with UK Prime Minister David Cameron ahead of a London conference on Syria, with the president pledging to help Europe cope with a refugee crisis created by the Syrian civil war, the White House said in a press release on Tuesday.

WASHINGTON (Sputnik) — In 2015, more than one million Syrian refugees fled to Europe. The United States accepted approximately 2,100 Syrians fleeing the ongoing civil war in that country.

"President Obama reiterated the commitment of the United States to continue to support those displaced by the violence in Syria and elsewhere in the region, as well as to help alleviate the pressures in Europe created by the unprecedented inflow of refugees," the press release stated.

Obama informed Cameron that Secretary of State John Kerry will announce at the London conference "significant new contributions" to support the relief efforts, the announcement said.

The Obama administration will work hard to resettle 10,000 Syrian refugees in the United States in 2016 per its stated goal to do so, US Department of State spokesperson John Kirby stated in a press briefing on Tuesday.

"We are very committed to the goal, and we are going very hard to meet it," Kirby stated.

Last November, President Barack Obama announced the United States would accept 10,000 Syrian refugees in 2016. Obama’s decision has been met with widespread opposition primarily, but not exclusively, among Republican lawmakers and dozens of US state governors.

When asked whether the refugee resettlement goal is realistic, Kirby stated, "We believe it is."

US Secretary of State John Kerry announced last month that Obama will host a summit on the margins of the UN General Assembly in New York and will ask countries to enhance aid to Syrian refugees and resettle double the number of resettled refugees.

Riyadh-Formed Opposition Made Mistake by Setting Conditions for Syria Talks