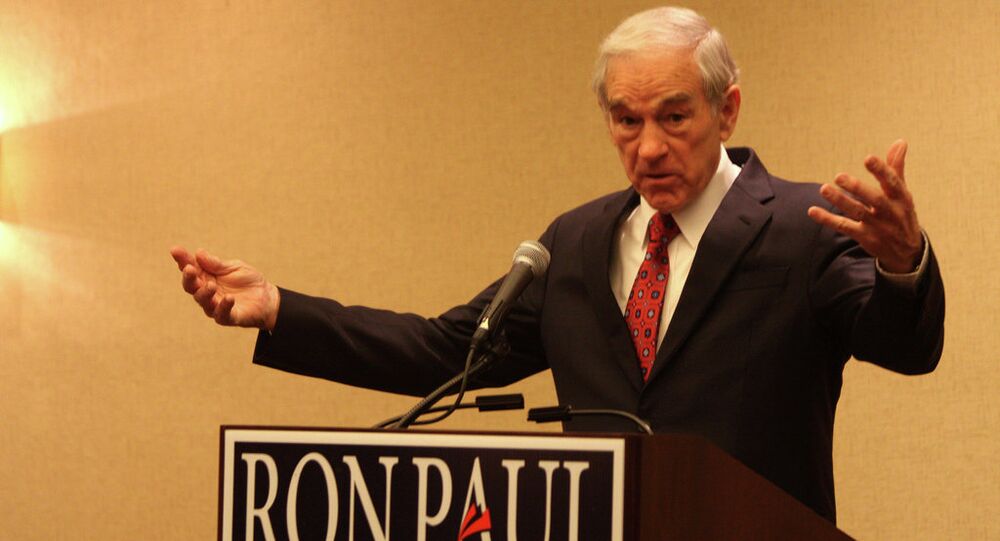 Ron Paul: Is US Congress Declaring War on Its Own Citizens?

The passage of Senator Mitch McConnell’s authorization to declare war against Daesh could be used to justify imposing martial law here at home, former US Congressman Ron Paul writes in an op-ed titled “Is Congress Declaring War on ISIS… or on You?”

Paul writes that, as the measure would allow the president to station troops anywhere the US determines Daesh to be, it could also be used to justify using military force against United States citizens on US territory.

“The President does not have to deploy the US military to turn America into a militarized police state, however,” Paul warns. “He can use his unlimited authority to expand programs that turn local police forces into adjuncts of the US military, and send them increasing amounts of military equipment.

“Using the threat of ISIS to justify increased police militarization will be enthusiastically supported by police unions, local officials, and, of course, politically-powerful defense contractors. The only opposition will come from citizens whose rights have been violated by a militarized police force that views the people as the enemy.”

The former Republican congressman said that while there is currently no evidence that the NSA mass surveillance program has prevented a single terrorist attack, the public is “continuously lectured about how we must sacrifice our liberty for security.”

Paul suggested that President Barack Obama, or any future “anti-gun” president, could use the measure to push for further gun control, noting that many pro-gun politicians will support gun control measures if they are “marketed as part of the war on terror.”

“The only way to protect both liberty and security is to stop trying to impose our will on other countries by military force. The resentment created by America’s militaristic foreign policy is ISIS’ most effective recruiting tool. Adopting a non-interventionist foreign policy that seeks peace and free trade with all would enable the government to counter legitimate threats to our safety without creating an authoritarian police state,” Paul asserted.

Ron Paul: Do We Need to Bring Back Internment Camps for Disloyal Americans?