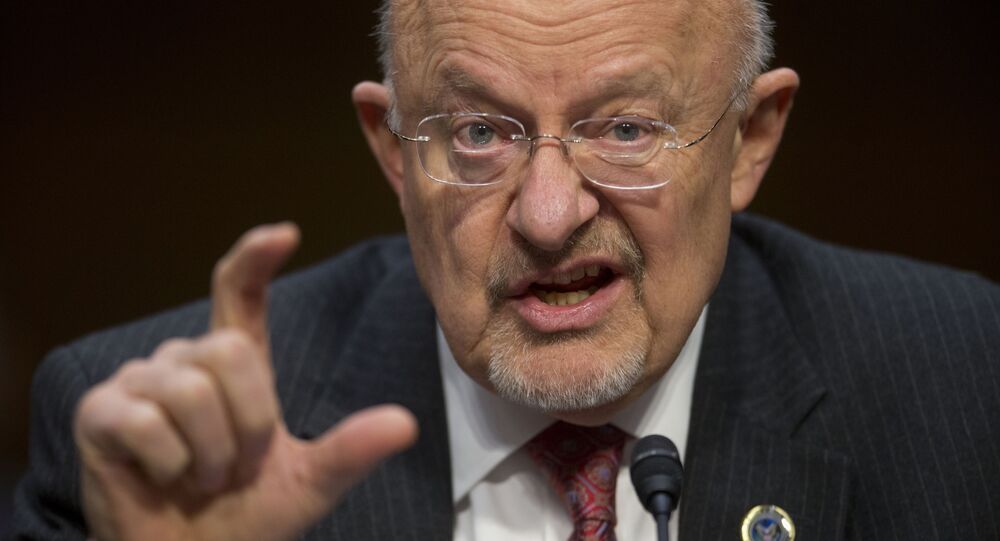 According to the US Director of National Intelligence, Russia is a greater threat to the US than Daesh.

WASHINGTON (Sputnik) — Daesh terrorist group is not the mortal enemy of the United States, while Russia’s nuclear arsenal poses an extraordinary threat to the nation, US Director of National Intelligence (DNI) James Clapper said in an interview released on Monday.

"ISIL [Islamic State] is not a mortal enemy of the United States. It can cause us harm and can kill our people," Clapper told news outlet WTOP. "It can’t inflict mortal damage to the United States…they don’t have the destructive power that Russia has."

The DNI chief explained that although Daesh is a threat to the United States, the terrorist group "cannot impose the level of destruction on the US as Russia’s nuclear weapons, should it choose to."

© REUTERS / Thaier Al-Sudani
US-Coalition to Train at Least 10 Iraqi Brigades to Retake Mosul from Daesh - Pentagon
Clapper added he would make the case to the US Congress during the upcoming Worldwide Threat Assessment hearings that "a newly aggressive Russia, a belligerent and nuclear North Korea, Iranian proxy activities, and Chinese espionage," as well as terrorism are the new threats that Washington must address.

The DNI head stressed that the danger the Islamic extremism poses would not be over after the defeat of Daesh.

Since 2014, US-Russia relations have been in a constant state of strain, as the West has continuously accused Russia of aggression in Ukraine, following the reunification of Crimea, and has since imposed several rounds of economic sanctions. Russia has repeatedly denied the accusations and participated in negotiating the Minsk agreements for a peaceful resolution to the conflict in Ukraine.

Daesh, is a terrorist group outlawed in many countries around the world, including the United States and Russia.

Jihad or Death: Daesh Beheads Dozens of Own Militants for Desertion