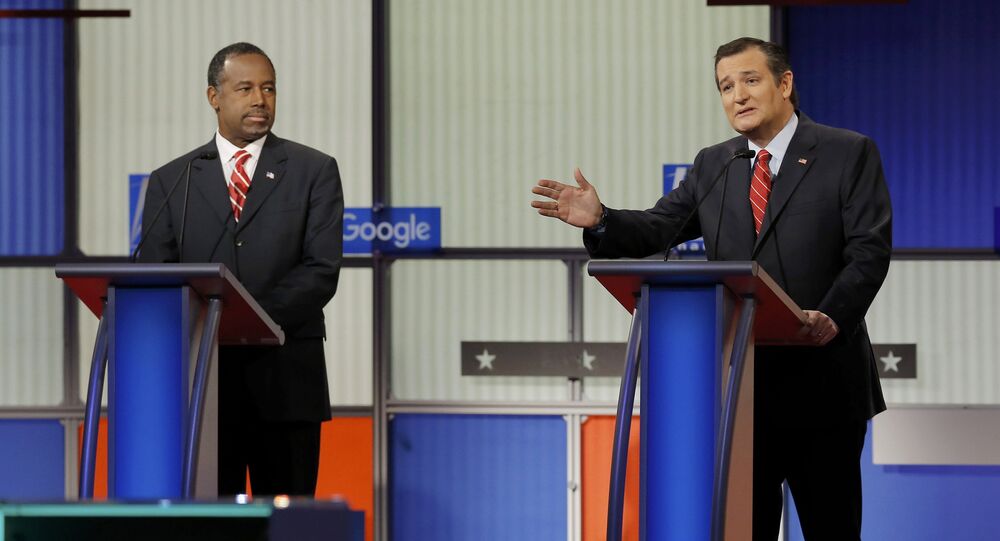 A stew featuring Daesh and Iran, with a brief mention of Russia, emerged as the top foreign villains of the United States in a nationally televised debate featuring Republican presidential hopefuls.

WASHINGTON (Sputnik) — Former Arkansas Governor Mike Huckabee said in Thursday’s debate that he did not trust Russian President Vladimir Putin, but he welcomed Russia’s air campaign against the Islamic State, also known as Daesh, in Syria.

“If somebody is willing to take a shot at the people we’re taking shots at, I’m more than willing to let them use their own bullets,” Huckabee stated.

“When our president cozies up to Iran, all of our allies in the Middle East who are ready to help us defeat ISIS [Islamic State] wonder whose side we are on,” Fiorina pointed out.

Former US Senator Rick Santorum explained he would target Daesh by stopping funds, blocking access to social media and deploying US troops.

“With any kind of cancer, you don’t contain it, you eradicate it,” Santorum said.

Candidates scoring the lowest in polls in a crowded field of Republican presidential candidates were featured in the debate on Fox News, which aired one hour before a separate debate of the top-tier contestants.

The leading contender, Donald Trump, declined to participate in the latter debate because of a dispute with Fox News anchor Megyn Kelly.