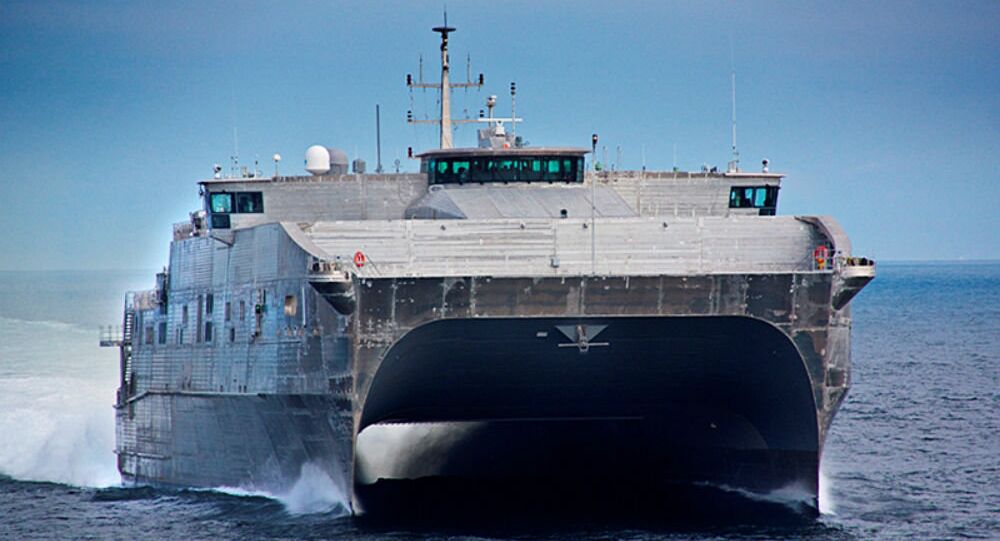 Struggling to keep up with global rivals, the Pentagon has announced the details of a plan to keep the US Navy one step ahead of Russia and China.

With the rapid growth of Moscow and Beijing’s militaries, the Pentagon has become increasingly nervous about the state of its own operations. As a result, the US Defense Department has been developing a "Third Offset Strategy," its program to stay ahead of the competition.

The plan applies to all branches of the military. On Thursday, the Pentagon announced details specific to the Navy.

Of those three engagements, the Navy is most interested in UUV development. Already in possession of a number of small unmanned submarines, the Pentagon hopes to create larger robotic submersibles with a longer range.

Ideally, these would be able to operate with little human interaction, autonomously delivering weapon payloads and scouting for subsurface mines. Once such craft, the Large Diameter Unmanned Underwater Vehicle (LDUUV) will be tested this summer.

The admiral was less forthcoming about the highly-classified cyberwarfare program, though the Pentagon has recently expressed concern over weaknesses in fleet communication networks. Potentially vulnerable to cyberattacks, naval ships could be left blind and defenseless in a future conflict, leading to development of new technologies for Electromagnetic Maneuver Warfare.

"EMW is going to be a game changer in our ability to operate in the denied [environment], for the deceptive engagement that we’re really going to need to fight that high-end fight," Winter said.

While officials tout the benefits of new technologies, the Defense Department is also interested in retrofitting older tools, largely as a cost-saving measure.

"One of the things we’re encouraging is repurposing [existing] capabilities, versus always searching for the new shiny object," Winter said. "We can turn around and repurpose already established and fielded capabilities with a very minor, minor technical update but a whole[sale] repurposing of TTPs [tactics, techniques, and procedures] and CONOPs [concepts of operations]."

Despite claims of autonomous submarines and cutting-edge cyber capabilities, the Pentagon may, in fact, more actively pursue cost-effective repurposing of older tech. Earlier, the US Navy indicated it would bring sophisticated energy weapons to its fleet. The USS Ponce, for example, boasts a 30-kw laser cannon.

During today’s summary, Winter downplayed the prospect of such weapons.

"We can’t just push this out there and put a laser in every pot," he said. "You can’t just plug and play."

A Sea of Troubles: US Burning Millions to Repair Newest Ships