Former US Secretary of Defense Donald Rumsfeld was entirely serious when, in an interview with Stephen Colbert, he made the absurd assertion that the instability in the Middle East is due to the Shia-Sunni conflict and not the war in Iraq, which he almost single-handedly initiated.

On Monday evening’s episode of The Late Show, host Colbert asked Rumsfeld whether the rise of Daesh was predicted during the planning of the Iraq war, as either a “worst-case scenario, or a beyond-worse-case scenario.”

​Rumsfeld paused for a moment and answered, “I think the disorder in the entire region and the conflict between the Sunnis and the Shia is something that generally people had not anticipated.” 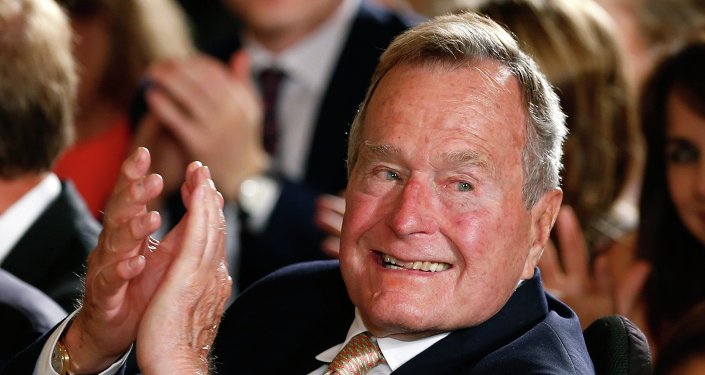 “On the other hand, if you think what Eisenhower said, he said ‘The plan is nothing, planning is everything.’ The point being that anything changes with first contact with a problem,” he offered.

Experts on the subject, including the Kofi Annan Foundation, strongly disagree, and blame the instability in Iraq and the rise of Daesh on the 2003 Iraq invasion and US policies following the war, such as the abuses at Abu Ghraib.

Colbert reminded Rumsfeld that the latter was aware that the information on whether Iraq actually possessed weapons of mass destruction before the invasion was unreliable, but that he did not share that particular revelation with other members of the Bush administration.

© AFP 2019 / PATRICK BAZ
Recipe for Disaster: Pentagon's Involvement to Fan the Fire in Syria, Iraq
The television host asked the former government appointee point blank: “Were there things that the administration, or you, knew that we didn’t learn about out of the best possible intentions — which is, there were things that would undermine the case for a war you thought was necessary to save the United States?”

Rumsfeld never batted an eye, declaring: “The president had available to him intelligence from all elements of the government, and the National Security Council members had that information. It was all shared, it was all supplied, and it’s never certain — if it were a fact, it wouldn’t be called intelligence.”

“Wow,” Colbert said, “I think you answered my question.”