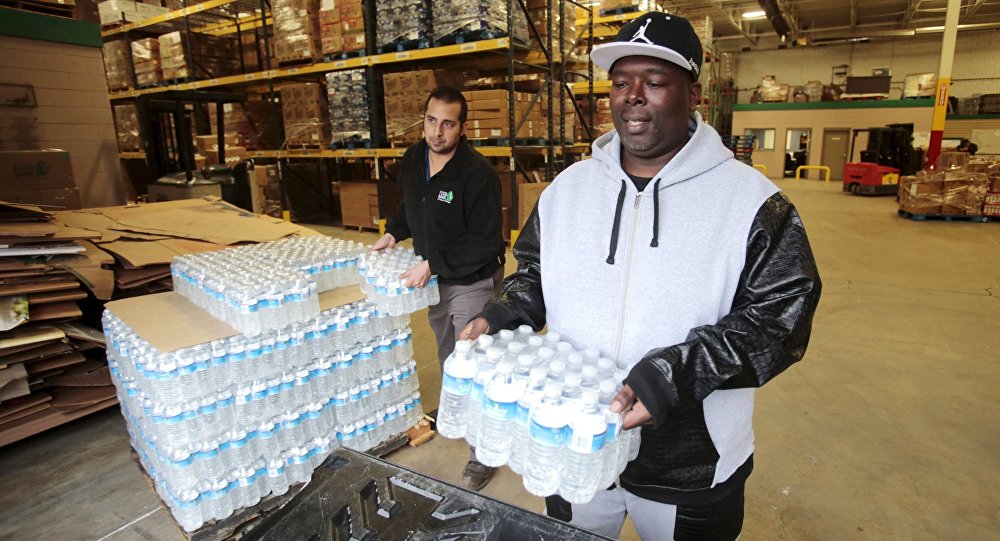 On Wednesday morning, a group of activists filed a lawsuit asking a federal court to order the state to replace all water service lines in Flint, Michigan.

The complaint, made by a coalition including, Flint resident and water activist Melissa Mays, the Concerned Pastors for Social Action group, the Michigan ACLU and the Natural Resources Defense Council, Inc., alleges that the state has repeatedly violated the Safe Drinking Water Act by exposing residents to toxic lead.

"This case is about the government's failure to comply with the federal law that requires cities to deliver safe drinking water to the public," the complaint, obtained by the Detroit Free Press, states.

"City and state officials' complete disregard for those requirements is exposing the people of Flint to lead, a powerful toxin that is devastating to the human body."

The coalition of groups express in their complaint that they are concerned that violations of the act will continue unless the court intervenes. They seek the replacement of all pipes at no cost to city residents.

Flint is estimated to have at least 15,000 lead-containing water service pipes and, as of yet, no effort has been made to replace them.

Defendants named in the suit include State Treasurer Nick Khouri, Flint Administrator Natasha Henderson and members of the Flint Receivership Transition Advisory Board.

The problem with Flint’s water began in April 2014, when the city stopped receiving its supplies from Detroit, instead shifting to water from the Flint River, which is known to have a high corrosive salt content. Corrosive salts in the water damaged the pipes, which contain lead, causing that material to be released into the water, and contaminating it.

Several other lawsuits have been filed in relation to the polluted water. Drinking water in many city homes has been found to contain lead levels high enough to be declared “toxic waste” by the Environmental Protection Agency.

Responding to the current lawsuit, Dave Murray, a spokesman for Michigan Governor Rick Snyder, told the Free Press that the state’s top priority is "making sure the people of Flint immediately have access to safe, clean water, and that includes reaching every home to supply water, filters, replacement filter cartridges and water testing kits.”