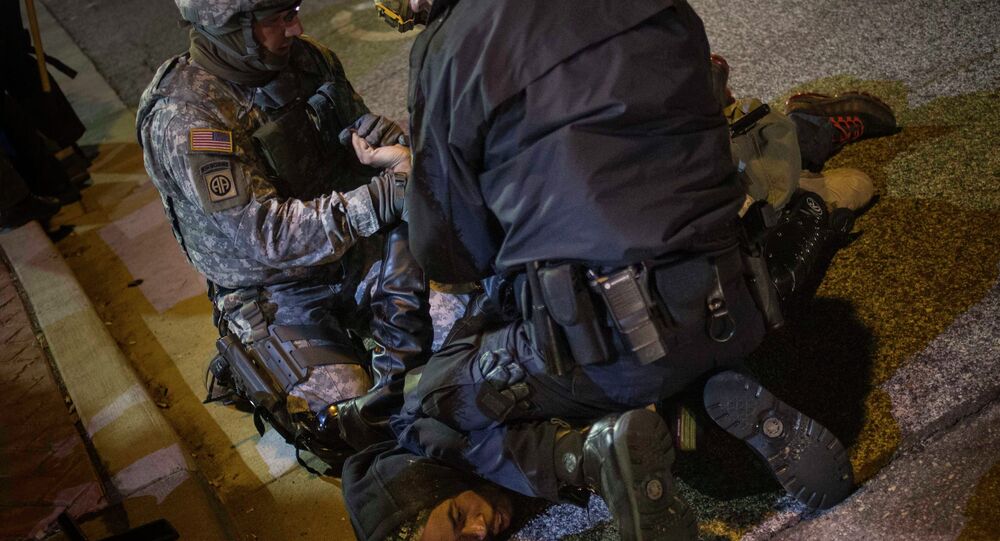 According to a rights group, black Americans are being disproportionately arrested and prosecuted at all levels of the US criminal justice system.

YouTube (screenshot)
Young Black Men Killed by US Police Hits Watermark in 2015
MOSCOW (Sputnik) – Black Americans are being disproportionately arrested and prosecuted at all levels of the US criminal justice system, compared to their white compatriots, a rights group said in a report published Wednesday.

According to the rights group, black men are six times more likely to be imprisoned than their white peers, constituting almost 30 percent of all drug arrests.

The report follows widespread protests in 2015 in US cities such as Ferguson, Missouri, and Baltimore, Maryland, over police killings of unarmed black individuals.