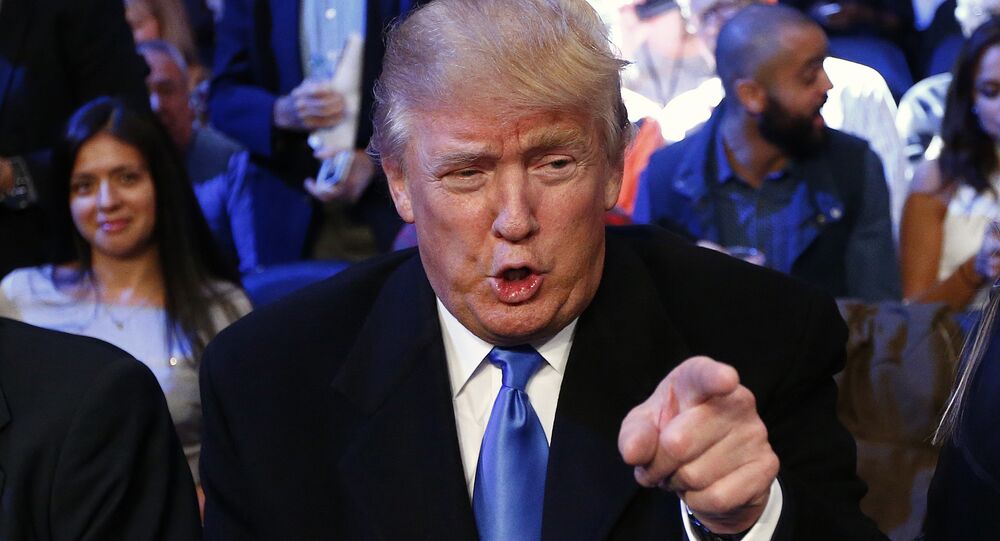 Donald Vs. The Media: Trump to Boycott Thursday’s GOP Debate?

Reigniting a five-month feud, presidential hopeful Donald Trump has threatened to boycott a Republican debate hosted by Fox News on Thursday night. The reason? The hosts refuse to replace one of the only moderators willing to confront Trump’s disturbing views on women: Megyn Kelly.

In the long, seemingly never-ending primary season for America’s 2016 presidential election, the first Republican debate stands out. Running as an anti-establishment figure, Trump’s public tiff with moderator Megyn Kelly may be remembered as the moment when the billionaire officially turned his back on Fox News, the Republican establishment, and, apparently, human decency.

Five months later, the feud is alive and well, at least as far as Trump is concerned. The candidate is now threatening to boycott Thursday’s Fox News debate if Megyn Kelly is not replaced, and has repeatedly complained that she is biased against him.

Posting on Twitter, Trump claims the news network can’t afford to host a debate without his presence, and he may have a point. Viewers do not generally tune in to Republican primary debates for substance. The so-called debates fill the same void as reality shows, and tend to contain about the same level of intelligent discourse.

Still, Fox News appears to be calling Trump’s bluff, pointing out that if he isn’t thick-skinned enough to confront Kelly, he’ll never manage to go head-to-head with world leaders.

"We learned from a secret back channel that the Ayatollah and Putin both intend to treat Donald Trump unfairly when they meet with him if he becomes president," a Fox News spokesperson humorously stated. "A nefarious source tells us that Trump has his own secret plan to replace the Cabinet with his Twitter followers to see if he should even go to those meetings."

Even if a debate without the Republican frontrunner would be seen to harm ratings, Fox may have good reason to view Trump’s words as an empty threat. A former reality show producer himself, Trump has threatened to boycott debates three times, making various demands, but has, to date, consistently shown up for the spotlight.

National polls show Trump leading his nearest Republican competitors by a significant margin, and the billionaire has received enough free media coverage from his off-color comments that he can more than afford to let the other candidates debate amongst themselves for one night. As the current front runner, his absence would be just as loud as his presence.

Trump has also been fine-tuning another key aspect of his campaign: endorsements, and in the last few days, he has bagged a couple of political players who consider themselves to be of the highest tier.

Last week, former vice presidential candidate and right-wing stalwart Sarah Palin offered her own freestyle beat poem about a candidate who will defend what she termed the "right-winging, bitter-clinging, proud clingers of our guns, our God, and our religion, and our Constitution." And on Tuesday, Trump landed the support of Arizona Sheriff Joe Arpaio, notorious for his controversial and overtly cruel views on immigration and families.

Will he or won’t he? Seeking the answer to that question is what keeps the machineries of plutocratic politics greased. On Tuesday evening, Trump campaign manager Corey Lewandowski told reporters that he is “definitely not doing” Thursday’s debate. Whether this statement is enough to make the network cave to the Donald’s demands remains to be seen, but as the saga of colliding egos unfolds, the next couple of days promise to be far more interesting than the debate itself.