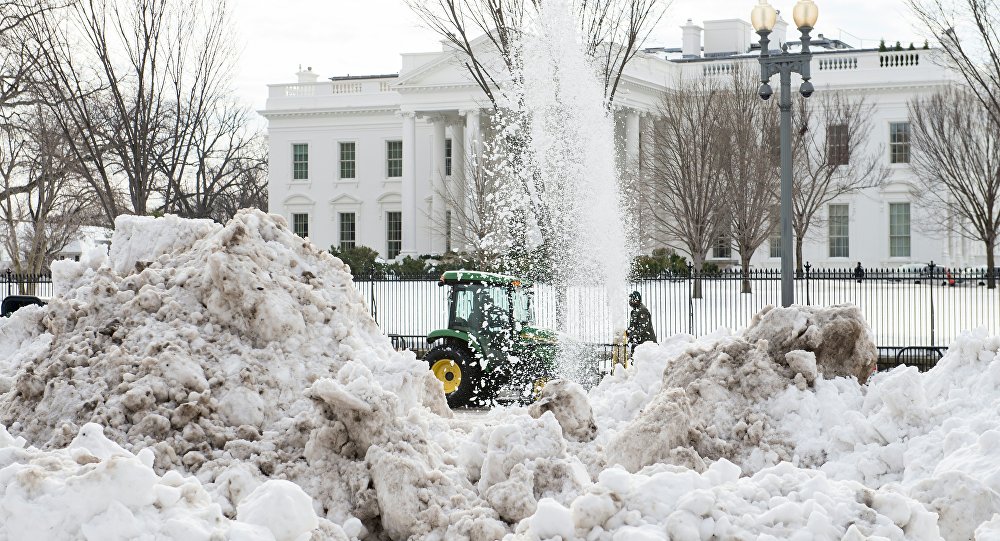 US Capital to Lift Snow Emergency on Wednesday Evening

© REUTERS / Joshua Roberts
Snowpocalypse Blizzard to Cost US Billions in Losses
WASHINGTON (Sputnik) — The Washington, DC authorities will lift state of emergency on Wednesday, which was declared in response to the historic snowstorm Jonas that hit the capital over the weekend, Mayor Muriel Bowser said in a Twitter message on Tuesday.

"Snow emergency will be lifted at 6:30 p.m tomorrow (Wednesday)," the message stated.

​The mayor added that all of Washington, DC public schools are clear and ready to open.

© AFP 2019 / MLADEN ANTONOV
Washington Requests US Federal Funding for Snowstorm Cleanup
The Washington, DC metro area finds itself in a snowy gridlock after the massive snowfall that started on Friday afternoon and lasted through Saturday night. The US capital received about 20 inches (50 centimeters) of snow, according to the National Weather Service.

All government offices and schools in Washington, DC remained closed through Tuesday, while the public transportation authority restored only limited services.

Mayor Bowser noted on Monday that local authorities have requested the US federal government to provide financial aid to clean-up the capital in the aftermath of the storm.

Snowpocalypse Blizzard to Cost US Billions in Losses

State of Emergency Declared in Washington Ahead of Historic Snowstorm