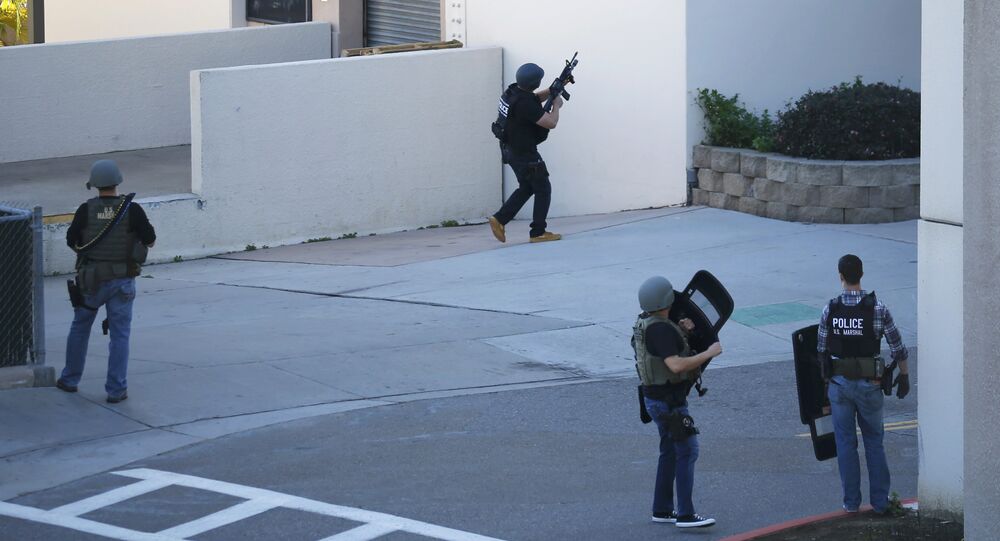 According to the center Facebook page, Naval Medical Center San Diego has been reportedly attacked by an active shooter.

© AFP 2021 / SAUL LOEB
US Should Not Sensationalize Mass Shootings in Media - Obama
WASHINGTON (Sputnik) – The Naval Medical Center San Diego in the US state of California has been reportedly attacked by an active shooter, the center said on its Facebook page on Tuesday.

"An active shooter has just been been reported in building #26 at Naval Medical Center San Diego," the message stated. "All occupants are advised to run, hide or fight."

**!ATTENTION!** An active shooter has just been been reported in building #26 at Naval Medical Center San Diego. All…

Local media reported that at least three shots have been fired in the center.

The hospital urged all non-emergency personnel to stay away from the facility.

Over the past year, the United States has seen a growing number of mass shooting incidents. In December, a radicalized couple shot and killed 14 people at the Inland Regional Center in in the southern California city of San Bernardino.

According to some latest reports no evidence of shooting had occurred.

Navy officials say report of gunshots at San Diego base came from 1 person. Not confirmed.

US Florida Officer Placed on Administrative Leave After Shooting Teen