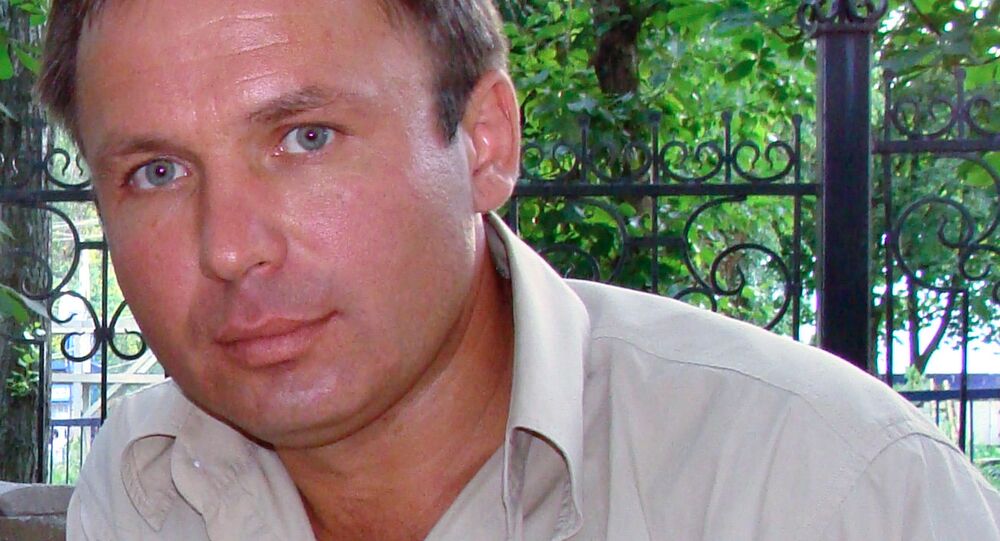 Russian Pilot Yaroshenko Held in US Jail Gets Surgery Without Preparation

Russian pilot Konstantin Yaroshenko, who is held in a US prison, was surgically operated on without appropriate preparations and then returned to his prison cell while in “pain shock”, his lawyer stated.

"There is a situation that, on the one hand, we sought the surgery, on the other hand, it was done without any preparation… For the second day, he [Yaroshenko] cannot walk, he has severe pains. He has not been fed for an unknown reason," Tarasov said.

The surgery was made without notification on Thursday. Doctors haven’t made needed preliminary preparations and haven’t carried out health tests. Moreover, the day before the incident Yaroshenko was put in a solitary confinement for "no apparent reason."

"The surgery was done under general anesthesia. But after 20 minutes after Yaroshenko was awake, he was handcuffed and told 'Stop lying! ' and taken back to the prison in a common cell," Tarasov added.

Yaroshenko wasn’t proper rehabilitation after the surgical procedures. Shortly after Yaroshenko was brought to his cell. According to Tarasov, now he "cannot walk and has severe pains."

© Flickr / Babak Farrokhi
Lawyers to Press for Health Check on US-Jailed Russian Pilot Yaroshenko
Diplomats for both the US and Russia were made aware of the incident.

Yaroshenko was arrested in Liberia in 2010 reportedly for smuggling cocaine. He was then transferred to the US under state order and sentenced to a 20-year prison term. Russian authorities have repeatedly expressed concern over the circumstances of his detainment and the conditions the Russian citizen is being held in.