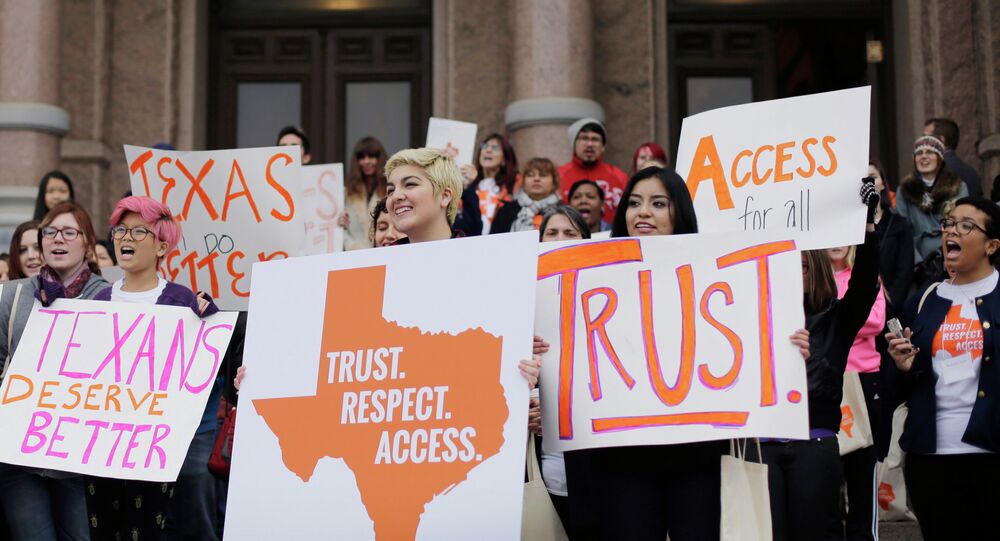 More than 40 years after the Supreme Court established the legality of abortion in the United States, the highest court is scheduled to review a Texas law that restricts abortion access in the nation's second-largest state.

On March 2, the Supreme Court will review Texas' HB 2. The so-called clinic shutdown bill, which passed the Texas state legislature in 2013, has been partially implemented, resulting in the closure of half of the state's abortions providers.

Ana Rodriguez DeFrates, of the National Latina Institute for Reproductive Health, said HB2 is "bad for all Texans, but particularly for Texas Latinas," who "already face formidable barriers to accessing healthcare."

During an appearance on Radio Sputnik's "Loud & Clear," Defrates said that because politicians cannot directly outlaw abortion, they pass "medically inappropriate and unnecessary barriers and obstacles to care," such as forced ultrasounds and mandatory 24-hour waiting periods.

Texas Politicians to Women: "We Own Your Bodies"

Since HB2 was partially implemented, Defrates said, the number of abortion clinics in Texas has been reduced from more than 40 to 19. If the Supreme Court allows HB2 to stand, that number would be further reduced to "nine or 10" to serve a state with more than 5 million women of reproductive age, she added.

HB2 and laws like it, Defrates said, is "another way to circumvent Roe [v. Wade] and create obstacles that do everything but outlaw abortion. The result is the same: access is denied."

On Friday, the Center for Reproductive Rights urged the Supreme Court to overturn HB2, which it labeled a "sham law."

"We are calling on the court to reject these blatant attempts to turn back the clock on women's rights, and ensure that the essential protections of Roe remain available to all women," said Nancy Northup, president and CEO of the Center for Reproductive Rights.