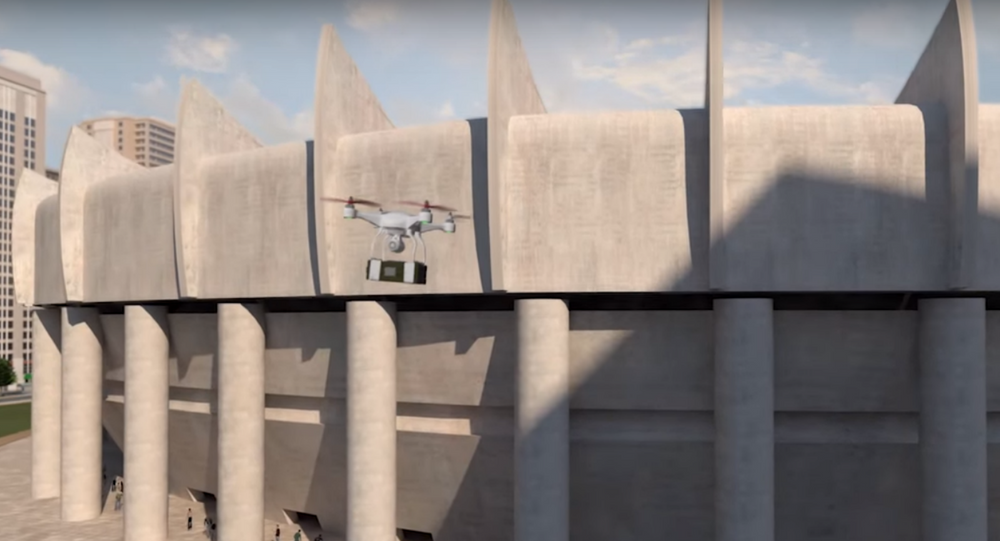 As UAVs become more common, security officials have grown increasingly concerned about the dangers posed by small and difficult to detect aircraft. An Italian aerospace company offers an answer in the form of a counter-drone system known as Falcon Shield.

Remote-controlled drones, once a hobbyist rarity, have become commonplace. In October, the US government estimated that over 1 million UAVs of all shapes and sizes were expected to be sold during the Christmas holiday season.

Despite their ubiquity, the US Federal Aviation Administration has failed to develop coherent regulations for when and where these drones can be flown, and given a number of high-profile incidents from 2014 – including the crash-landing of a small UAV on the White House lawn – security officials are naturally worried about the risks posed by such maneuverable and untrackable aircraft.

To alleviate those concerns, aerospace company Selex has developed a defense system known as Falcon Shield. Combining radar, cameras, and microphones, the system can detect, identify, track, and shoot down small drones.

"These provide a fully integrated threat detection, identification and tracking capability which enables Falcon Shield to operate in environments that range from wide area through to high-clutter, 'urban canyons.'"

Once detected, Falcon Shield could gain control of an errant drone and land it safely. The system could also trace the original radio signals to the UAV’s operator.

"Incorporated within the Falcon Shield system is Selex ES’s unique electronic attack capability that provides users with the ability to disrupt or take control of the threat," the website reads.

"Because Falcon Shield is inherently flexible, this electronic attack capability can be complemented by the integration of additional, optional kinetic effectors."

Selex will demonstrate its product during a joint US-British exercise to be held in the United Kingdom in April.