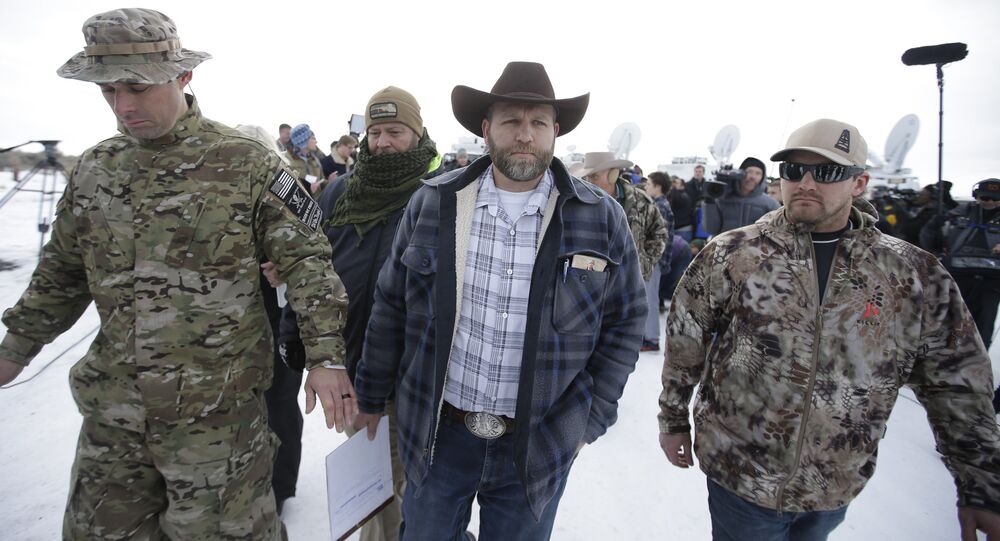 A community meeting on Tuesday evening in the town of Burns, Oregon, where an armed militia has occupied a federal building for three weeks, exploded in anger after members of the occupation attended.

DefendYourBase
Strange Bedfellows: Militants in Oregon Standoff Recruit Daesh Supporter
The meeting, held at Burns High School, was attended by occupying organizer Ammon Bundy and other associates, and residents did not hold back on venting their anger, demanding that the armed militia leave their community immediately.

The group, none of which are known to be from the state of Oregon, have been occupying the Malheur National Wildlife Refuge since January 1, protesting the federal government and mandatory minimum prison sentences given to Dwight and Steven Hammond for setting fire to federal land.

“It has been around for 20 years and it was the Republicans who put them in place,” resident Isabelle Fleuraud said at the meeting. “For 20 years mostly inner-city, poor, minority men have been unjustly jailed for endless sentences… The Hammonds committed the crime, and they got the sentence that was appropriate for that crime. And it is very sad, but it is sad for everybody in America who has an unfair sentence. Not just the Hammonds.”

Other community members called for the militia members to be arrested for invading their community, and pointed out that the armed men were hijacking the Hammond case for their own agenda.

The militia members sat silently throughout the meeting, although one member did raise his middle finger at a woman while she spoke. Infamous militia-exponent and anti-Muslim extremist Jon Ritzheimer raised his hand to speak, but was not called on. Many in the community yelled for the armed men to not be allowed into the meeting, as they are not residents of the county.

YouTube/Screenshot
Oregon Militia Called for Snacks, US Public Sent Them 'Bag of D**ks' Instead

“It is time for you to go home,” County Judge Steve Grasty told the men. The crowd echoed his statement with a chant of “Go! Go! Go!”

The sentiment was clearly overwhelming, and the community wants the militia members out. A reporter on the scene, John Sepulvado, tweeted on Tuesday evening that one of the militia members told him that they will not going home, and that there is no exit strategy.

“You know, we have voices. We have feet. We can take care of it,” one woman from the community said at the meeting. “I can’t thank you for the disruption to our county, to my home, to people who are stressed out… It’s stress because this is our home. We love it, or we wouldn’t be here. We just want you to give it back to us.”