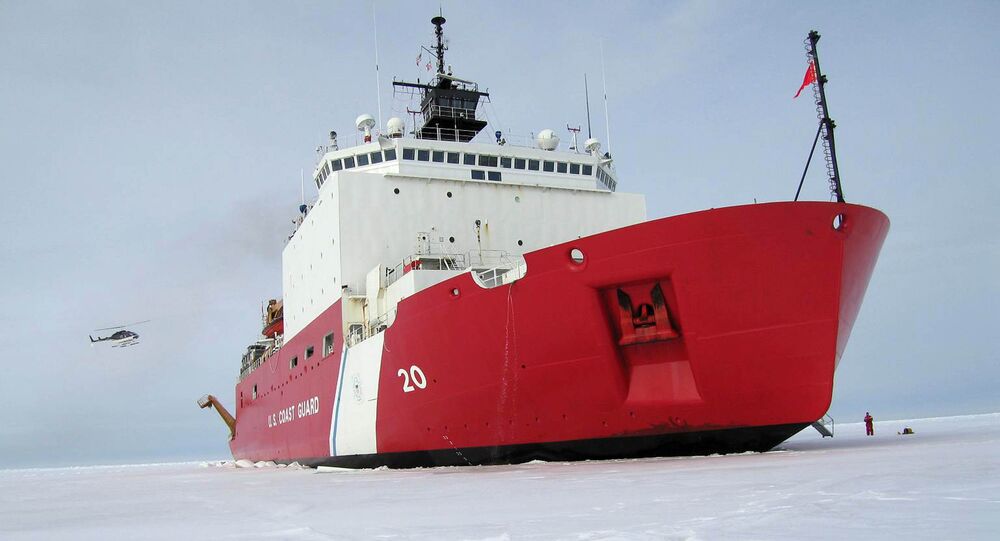 US officials and commanders in the Coast Guard and Naval forces have pushed for an expansion of the US military presence in the Arctic.

© Sputnik / Nikolai Zaitsev
UN Commission to Consider Russian Arctic Shelf Claim in February
The US Coast Guard and two US Senators have called for the construction of a new billion-dollar icebreaker ship to counter Russia in the Arctic, CNN reported on Monday.

In fact, Russia's border-related claims in the area are handled through the UN committee on maritime borders.

"Russia is watching what China does in the East China Sea with the 'nine-dash line' and is working to define what the continental shelf looks like, to establish a claim and declare its sovereignty," commander of US Naval Forces Europe Admiral Mark Ferguson told CNN.

© Photo : Russian Defence Ministry
2016: Russia's Northern Fleet Ready to Defend State Interests in Arctic
The nine-dash line is a term for China's claim in the South China Sea, although the US Naval Commander apparently confused it with the East China Sea, where China, Japan and South Korea are involved in an unrelated territorial dispute.

"Relations between the US Coast Guard and Russian partners are a model of international cooperation. Together we are much more efficient than by ourselves," Michel was quoted by RIA Novosti as saying in comments translated into Russian.

Russia has been paying more attention to the Arctic in its national security strategy, as Russia has considerable economic interests and a largely unsecured border in the area. The Deputy Secretary of Russia's Security Council confirmed on Monday that Russia's national defense strategy includes the Arctic.