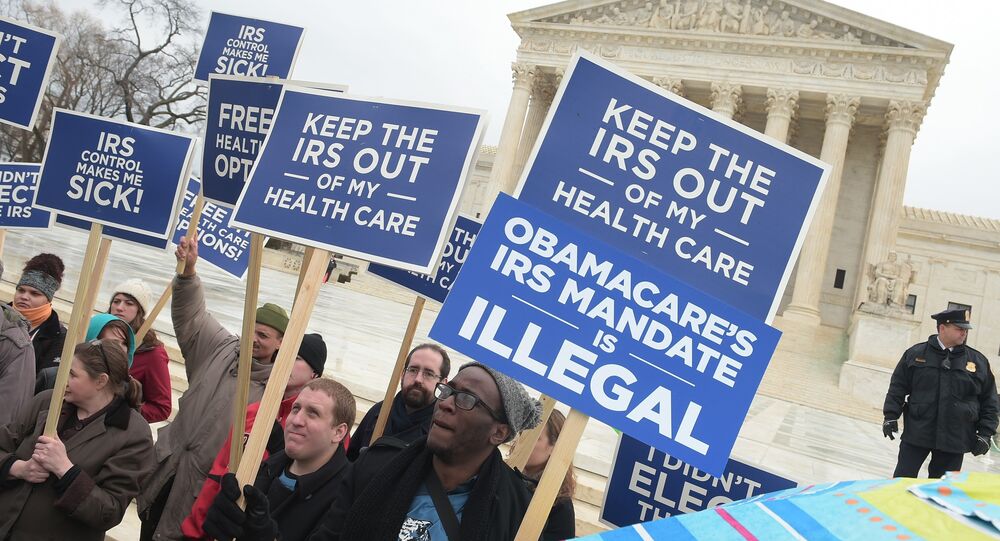 Hundreds of Thousands of Americans Lost Health Insurance Under Obamacare

"Although more people have health insurance, they continue to face very high out of pocket costs, and so we still see a high proportion of people that simply aren’t seeking healthcare services because they can’t afford them," Dr. Margaret Flowers tells Loud & Clear.

"The last estimate from the census data last year is 33 million," she says when asked how many Americans are still without health insurance. "That’s down from about 46 million, 48 million from before the ACA [Affordable Care Act] was passed."

Even those who have health insurance are paying exorbitant sums for what typically amounts to only partial coverage.

"That insurance is incredibly skimpy," Flowers says. "What the insurers did was they created these plans where they actually restrict the number of doctors and hospitals that are in the plan.

Due to the lack of a public option, hundreds of thousands lost the health insurance they already had. While states were allowed to set up health cooperatives to help provide care for low-income individuals, a lack of funding forced many of those facilities to close.

"I don’t know the exact number, I think it was in the hundreds of thousands of people who suddenly found themselves, in a number of states, without that health insurance plan and scrambling to find something to replace it."

"He said it was too extreme, and we only fathom that it was maybe the $20 million or more that he received from the health insurance industry for his campaign that influenced him in that direction," she says.

"We had every opportunity to do it, and he squandered that opportunity and that’s cost us hundreds of thousands of preventable deaths over these years in this country, and has put us on a path where we have a more privatized healthcare system than we did before and healthcare costs continue to rise out of control."

Most of the problem stems from the grip of insurance companies, which the United States refuses to nationalize, and only very lightly regulates.

"The United States is the only industrialized nation that has used a market-based model for healthcare. We treat healthcare as a commodity instead of a public good," Flowers says. "Our healthcare costs are the highest per capita of any country in the world, but yet our health outcomes are poor compared to other countries…

"…The only function that the health insurance companies have is to make profits by being a middleman between the patients and their health professionals."

Obamacare Authorities Fail to Check IDs of Fake Applicants Across US

US Seniors Head South of the Border for Affordable Dental Care