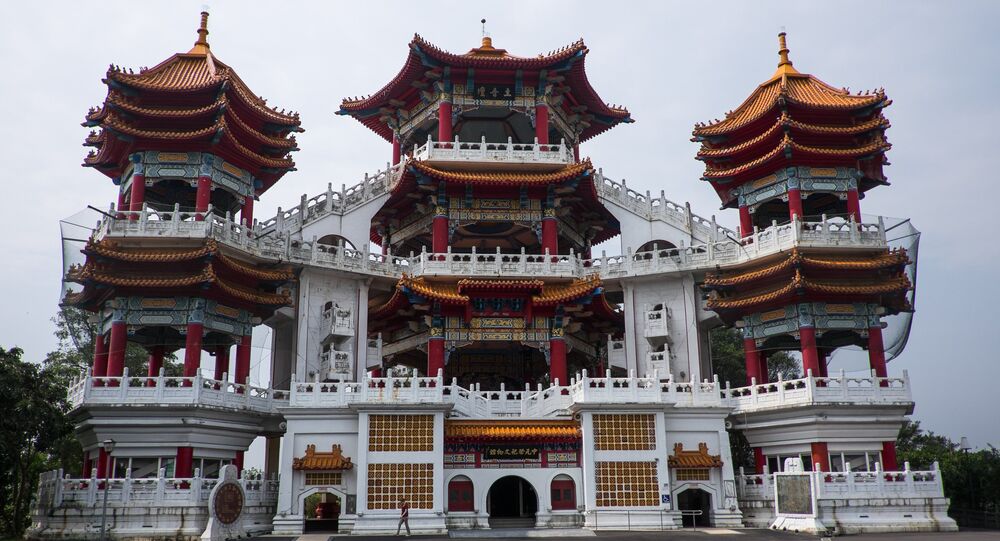 The independence-leaning Democratic Progressive Party enjoyed a landslide victory during Taiwan’s presidential elections this weekend and now an official is on his way to the US. The party’s victory could mean a whole new chapter in tensions with mainland China.

© AFP 2021 / Philippe Lopez
Don’t Even Think About It! China Reacts Strongly to Taiwan Elections
Beijing still views Taiwan as a breakaway province and has not ruled out force as a means to bring Taipei back under its control.

China repeatedly has warned Taiwan to tred lightly when it comes to the issue of independence, especially during the presidential race when it became clear the DPP was trailing ahead of the former ruling party, which committed more to the status-Quo toward Beijing.

An influential state-run tabloid called The Global Times on Monday published a critical editorial of Taiwan. It urged Taiwan to “consider the opinions of China's 1.3 billion people as well as Taiwan's own people when it came to relations across the Taiwan Strait.”

"Trying to use chips like 'Taiwan public opinion' to guide cross-Strait relations is not only unrealistic, it is also dangerous. Tsai Ing-wen should not instill this illusion into Taiwan society."

#Taiwan Official to Meet with #US Diplomats Despite #Chinese Warnings https://t.co/BJxVgJGvu1 pic.twitter.com/8UXmgCQEGD

​"The mainland has patience when it comes to the Taiwan issue, but it also has principles and a bottom line.”

​​On Monday, DPP officials met with former US Deputy Secretary of State Bill Burns and Ray Burghardt, chairman of the American Institute in Taiwan. The AIT is the de-facto US embassy in Taipei.

Both expressed US support for continued “prosperity and growth” in Taiwan.

President Tsai Ing-wen said a supervisory bill on cross-Strait exchanges would be a legislative priority when the new parliamentary session begins in February.