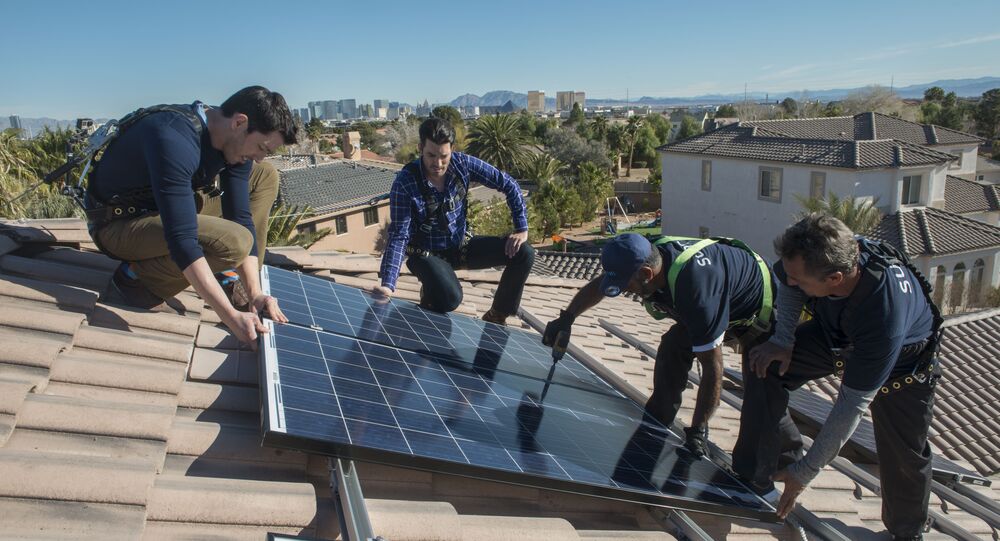 Battle for the Sun: US Energy Companies Forcing Out Solar Competition

As more and more people switch to personal solar panels in Nevada, legislators are making moves to shore up the state’s largest energy provider. Radio Sputnik’s Bradcast delves into a corrupt effort to shut down Nevada’s renewable energy industry.

"The easiest way to understand this is it’s a bait and switch. Nevada passed incentives to attract residents to go solar, and then after baiting homeowners with incentives, the state switched the rules, penalizing solar homeowners to deliver basically additional profit to NV Energy."

NV Energy is the state’s largest provider of electricity. Relying largely on natural gas, the company also purchases excess energy produced by rooftop solar panels. NV Energy is now purchasing energy from homeowners at a third of the going rate, forcing many to struggle with their initial investments.

"…The rules were changed in the middle of the game for over 16,000 customers who went solar to save money on their electricity bills and to move the country away from fossil fuels and on toward more clean energy," she said.

The change in policy is alleged to be related to a recent boom in renewables and their impact on NV Energy profits, especially given the connections between the company and the Nevada governor’s office.

"It’s been widely reported that two of Governor [Brian] Sandoval’s top aides work for NV Energy. Now if that’s not a conflict of interest, I don’t know what is," Randall says.

"…This commission just presented the most anti-business, anti-solar rules that we’ve seen anywhere in the country."

Sunrun is now suing the state of Nevada over its lack of transparency in relation to NV Energy.

"We know there’s quite a cozy relationship here and we’re looking to get to the bottom of it."

Randall also responds to claims made by NV Energy that solar users are not paying their fair share for the electrical grid.

"What every independent study has shown, across the country…is that rooftop solar is actually a net benefit to all homeowners, and all rate-payers on the grid" she says.

"The issue here is that this is an issue of competition. For the first time in over a century, these utilities are up against a new competitive threat, which is homeowners taking energy choices into their own hands."