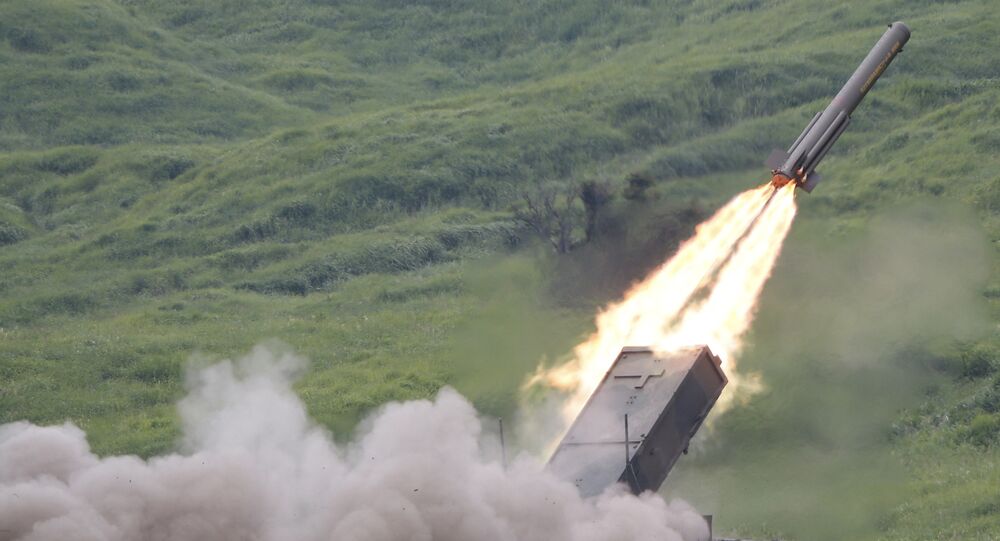 In what may develop into a new arms race, Radio Sputnik’s Loud & Clear explores the West’s expanding military presence, and how such goals play into the Pentagon’s effort to gain military superiority in space.

Part of the West’s strategy includes a new arsenal of "smart" nuclear weapons with adjustable yields, as well as missile defense systems on board Navy warships.

The Pentagon is also developing a military space plane that Gagnon has nicknamed a "super drone."

"It can stay in orbit for a year at a time. It can have many functions. It can be a surveillance vehicle. It can go up as an anti-satellite weapon and capture another country’s satellites, or it could fire weapons from space onto the earth below," he says.

The technology has been successfully demonstrated previously.

"Many years ago, NASA tested a weapon fired from an orbiting satellite around the moon…saying they wanted to go under the ground and look for ice under the moon’s surface," Gagnon says. "You could take that same technology, orbit the Earth, and fire at China or Russia and use it as a bunker-buster weapon."

The Pentagon’s pursuit of space weapons dates back to a 2006 US Air Force budgetary plan calling for "space superiority capabilities." Combined with Washington’s global missile defense shield, an aggressive space presence would represent a threat to world peace, allowing the US to attack instantaneously, without fear of retaliation.

"[This] means you’ll be able to attack an adversary within a matter of minutes anywhere on the planet using space technology," Gagnon says.

If the United States has the capability to launch nuclear weapons from orbit it will incite nations like Russia and China to be on hair trigger alert at even the slightest border infraction.

"That’s one of the reasons – amongst many – why Russia’s been so concerned about the US coup d’etat in Kiev, in Ukraine," he says. "Imagine the US putting missile defense systems – literally – right on the Russian border?

"Russia will be literally freaking out."

In light of North Korea’s recent nuclear test, Gagnon also addresses Terminal High Altitude Area Defense systems recently set up in South Korea. While Washington has ostensibly installed these systems to deter North Korea, but it is thought that they are actually aimed at China.

"North Korea is not in any way any military threat to the US or South Korea, but it is constantly used by the United States as justification to maintain US military occupation of South Korea, and Japan, and Okinawa, and other places in the region."