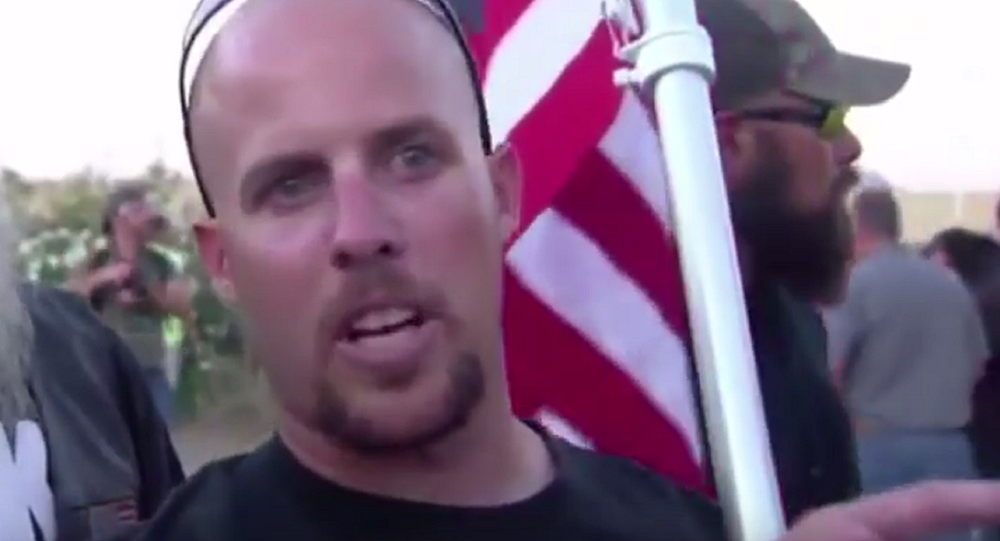 © AFP 2021 / Rob Kerr
Oregon Republicans Express Support for Militia's Actions
Harney County Judge Steve Grasty has estimated that the standoff is costing the county “$60,000 to $70,000 a day” for security costs and closed schools. Additionally, federal taxpayers are on the hook for cost accrued by the Bureau of Land Management’s district office in Burns, which employs nearly 120 people, most of whom are now on paid administrative leave. The weekly cost of their salaries is $117,000 per week, or $3,400 per day, Think Progress reported.

The county is also losing money from tourism, as the refuge is a popular destination for bird watchers and other nature lovers and attracts 119,000 recreational visitors a year. According to a 2013 report from the US Fish and Wildlife Service, these visitors spend around $15 million each year — or $40,000 a day.

All totaled, the armed occupation is costing Americans $133,400 per day, with no end to the standoff in sight.

Needless to say, the militia has not been very warmly received.

“It’s sad that there are people who would spend this kind of money on this rather than spending it to do good in the world,” Ritzheimer laments in the video. “I’m done living in fear of an oppressing force. I’m going to uphold my oath to the Constitution and sleep great at night knowing that I did everything in my power to ensure what our founding fathers did for us will not be lost.”

Ritzheimer’s video ends with him dramatically throwing the large pile of mail onto the floor.